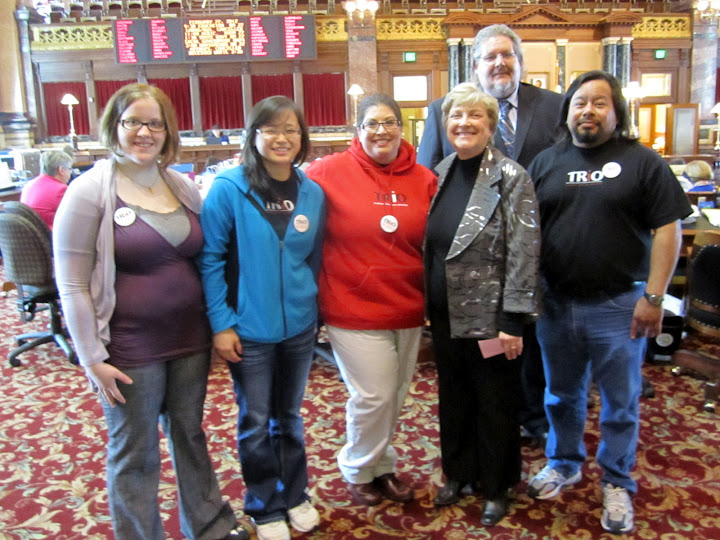 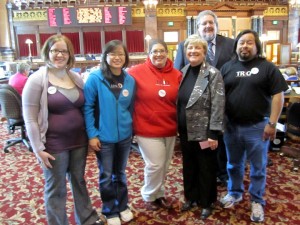 When your tax dollars must be spent, they should help create jobs here at home. Democrats and Republicans in the Iowa Senate have approved two bills that will do just that. Senate File 2287 would ensure that most publicly funded projects in Iowa use American-made goods, such as steel, iron and other materials, before turning to foreign imports.

(PHOTO: NIACC students from the TRiO program visited the Capitol this week. TRiO is a program that supports first generation college students.)

The Buy American Act is a common-sense preference for American-made products for contracts to fix Iowa’s roads, bridges, schools, water and sewage systems, and other infrastructure in need of repair.

Iowa and American companies should have the first crack at state and local government construction contracts. Tax dollars should not reward companies that move jobs to foreign countries, or benefit foreign manufacturers that ignore worker safety and environmental standards.

This requirement may be waived if it is not in the public interest; if enough American products are not available; or if costs would increase by more than 5 percent. If the Senate legislation becomes law, Iowa will have the same “buy American” laws the federal government has used for more than 80 years—laws that were expanded by President Reagan to cover highway and transit projects.

Senate File 2302 helps Iowa companies seeking to sell products and services to the state. It would give Iowa businesses the chance to match competing out-of-state bids for projects under $500,000 if they are within 5 percent or $10,000 of the lowest bidder.

The Iowa Senate approved a sweeping overhaul of our state’s mental health system with passage of Senate File 2315 on a bipartisan vote of 32-18.

More than 100 Iowans worked together to improve Iowa’s mental health and disability services system. SF 2315 now goes to the House, where work on a similar bill has been underway.