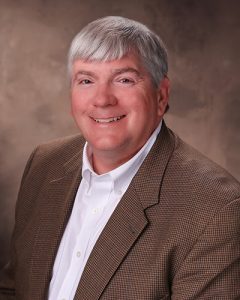 CLEAR LAKE – North Iowa Area Community College (NIACC) will hold a Veterans Day Presentation on Sunday, November 11, at the VFW in Clear Lake at 219 Main Avenue from 2:00 P.M. to 4:00 P.M. This free public forum will be facilitated by Bennett Smith.

This presentation will honor the service and sacrifice of Korean War veterans and all veterans on this Veterans Day and educate the public regarding the importance of the Korean War in the context of the early days of the Cold War stand-off between the United States and the Soviet Union.

Following World War II the Korean Peninsula was temporarily occupied in the North by the Soviet Union and in the South by the United States according to an agreement along the 38th parallel. In the interim period of 1945-1949, those foreign occupations would end as new governments formed in North and South Korea, but also with the hope of reunification. As hopes of peaceful reunification faded, there were border clashes that occurred in 1949 and the North Korean leader Kim Il-Sung got permission from Soviet leader Joe Stalin to invade the South in 1950. The communist Chinese leader Mao Tse-tung agreed to support the North’s invasion, and the tragedy of the Korean War began. United Nations forces with the primary involvement of the United States intervened to prevent the complete takeover of South Korea and to prevent the further spread of communism in South East Asia.

There will be a panel of Korean War veterans for this program who have agreed to share their experiences and perspective of the war. A recommended reading list and handout will be provided.

Bennett Smith is an instructor in history and political science at North Iowa Area Community College. He is also an instructor in various lifelong learning programs including the NIACC Lifelong Learning Institute; the Osher Lifelong Learning Institute at Iowa State University and the LIFE program at Rochester Community and Technical College in Rochester, Minnesota. He holds a Bachelor of Science degree in speech communication and a Master of Arts degree in history from Iowa State University. He has also done graduate work at the University of Iowa in Social Foundations of Education. He is from Clear Lake, IA and currently serves on the Clear Lake City Council.