Clear Lake man to be arraigned on vehicle burglary charges

CLEAR LAKE – A Clear Lake man remains in jail after being accused of burglarizing vehicles.

Wigant remains in the county jail and now awaits an arraignment scheduled for March 13. 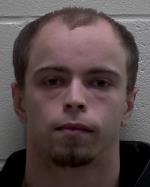