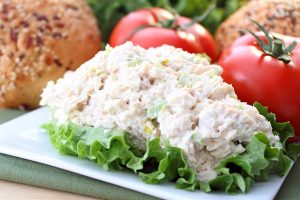 DES MOINES – The Iowa Department of Public Health (IDPH) and the Iowa Department of Inspections and Appeals (DIA) today jointly issued a consumer advisory for chicken salad sold at Fareway stores. The chicken salad, which is produced and packaged by a third party for Fareway, is implicated in multiple cases of salmonella illness across Iowa. Preliminary test results from the State Hygienic Laboratory (SHL) at the University of Iowa indicate the presence of salmonella in this product. 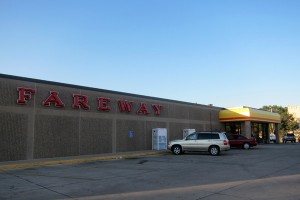 Fareway voluntarily stopped the sale of the product and pulled the chicken salad from its shelves after being contacted by DIA. “The company has been very cooperative and is working with IDPH and DIA in the investigation of the reported illnesses,” said DIA Food and Consumer Safety Bureau Chief Steven Mandernach, who noted that no chicken salad has been sold to the consuming public since last Friday evening (2/9/18).

IDPH is investigating multiple cases of possible illness associated with the chicken salad. “The bottom line is that no one should eat this product,” said IDPH Medical Director, Dr. Patricia Quinlisk. “If you have it in your refrigerator, you should throw it away.”

Symptoms of salmonella infection generally last four to seven days and include:

Most people get better without treatment, but in some cases, the diarrhea associated with a salmonella infection can cause dehydration, which can sometimes result in hospitalization. It is important whenever you have diarrhea to make sure you drink plenty of fluids. If you are ill, you should contact your health care provider.

Consumers who have purchased chicken salad from Fareway should throw it out and not return the product to the store.