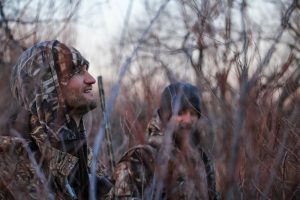 Hunting as a hobby is growing in popularity across the nation, but in relatively sparsely populated states like Iowa, the sport is growing faster than the national average. As a result, you may be new to the sport and are in need of a few ideas for just where you can go to find good hunting when in season. The first thing you should always do, however, is check out the type of game you are after on the state’s Department of Natural Resources (DNR) page to see exactly when hunting season opens and closes each year. After that, it’s time to begin looking at the best hunting spots in Iowa to actually get some time in with that new gun of yours!

Many seasoned hunters suggest that you take the time to read a few top Air Rifles reviews because this is the perfect weapon to learn on. They often cost less than a standard hunting rifle and can be used a bit safer than those that shoot bullets. Pellets do have a rather limited range, for the most part, but you can safely do a bit of target practice to get the feel of holding and aiming a rifle. Practice does make perfect, as the old saying goes. Even so, don’t let that dissuade you from buying one of the best air rifles on the market because you can shoot small game like birds, squirrels and rabbits with an air rifle but of course, you wouldn’t go deer or bear hunting with one. The only thing you are likely to do in that case is spook or anger the target.

Air rifles used for hunting small game are great ‘tools’ for target practice because your target moves so quickly. If you can shoot a rabbit, squirrel or bird with an air rifle, you know you’ve got it down.

Rather than bore you with a long list of hunting spots in Iowa, what you can do is search by the type of range you want to enjoy. They are listed by the type of property you will be hunting on. When searching for the best spots to hunt, look for:

IHAP refers to the Iowa Habitat & Access Program through which the state offers landowners state funds for making their lands available to hunters. With 51 counties participating and over 20,000 acres of land to hunt on, this is a good category to explore. IHAP providers are most often seasoned hunters more than willing to offer their expertise in the sport.

Note: Hunters no longer need to get permission from IHAP landowners, but it is cautioned that you know the boundaries of these lands!

There are at least 375,000 acres of government owned lands for hunters to use with appropriate permits within hunting seasons. These are open to the public and typically where you will find experienced sports hunters during open season.

These lands are privately owned so each will have its own set of rules and regulations for access, but the one thing they all hold in common is that they are only legally open for hunting during official hunting seasons.

There you have the best types of hunting spots in Iowa which you can choose between depending on your level of expertise and the type of hunting you prefer. However, just remember that as a new hunter, you may want to put in some hours at one or more of Iowa’s shooting ranges. Safety is always first, so get that practice in and then take your air rifle out for the kill. It’s simply amazing what a little target practice can accomplish. See for yourself.