MASON CITY – A Garner woman is guilty of drunk driving in Mason City and was sent to jail and fined.

A Cerro Gordo county deputy stopped a vehicle for an equipment violation at 2:19 AM at the 2400 block of 4th Street SW in Mason City Sunday morning, April 16. After an investigation, the driver, Lacey Dawn Hrubes, was arrested on a charge of first-offense operating while intoxicated.

After Hrubes entered a not-guilty plea on June 5, she later changed her tune to a guilty plea. As a result, she was sentenced to 2 days in jail, $1,797.50 in fines and court fees, and had her driver’s license revoked. 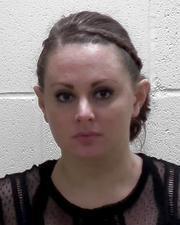