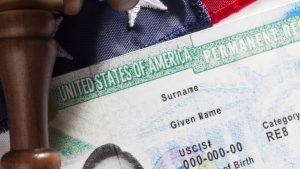 WASHINGTON, D.C. – Iowa Congressmen and other legislators are attempting to dismantle a visa program that doles out green cards to foreigners who invest in American businesses.

U.S. Senator Charles Grassley of Iowa along with California Democratic Senator Dianne Feinstein said is a statement that “The EB-5 program is inherently flawed. It says that U.S. citizenship is for sale. It is wrong to have a special pathway to citizenship for the wealthy while millions wait in line for visas.”

Meanwhile in the House of Representatives, Congressman Steve King released the following statement after introducing his repeal of the EB-5 investor visa program:

“Developers have monopolized the EB-5 program since its creation, exploiting its flaws and fighting against any compulsory reforms,” said King. “These developers messaged and ‘sold’ the program to investors as an easy way to acquire green cards all the while claiming the current market will not support domestic investment amounts. Under the Obama Administration’s unconstitutional and open immigration policy, applications for EB-5 visas suddenly skyrocketed and now, there is an eight year waiting list. The result is they are selling access to citizenship and selling it cheap. While the fraud and abuse of the EB-5 program has been disguised as popularity, the American worker and economy continues to be undermined.

“Furthermore, the program has been derailed to the point where terrorists can easily target it as the perfect tool for access into American society. I have introduced the repeal of the EB-5 program as Congress cannot continue to turn a blind eye to our flawed immigration laws, hoping terrorists don’t exploit our weaknesses.”

King reminded his followers where he stands Sunday, saying that “culture and demographics are our destiny. We can’t restore our civilization with somebody else’s babies.”

Under this program, entrepreneurs (and their spouses and unmarried children under 21) are eligible to apply for a green card (permanent residence) if they:

– Make the necessary investment in a commercial enterprise in the United States; and
– Plan to create or preserve 10 permanent full-time jobs for qualified U.S. workers.

This program is known as EB-5 for the name of the employment-based fifth preference visa that participants receive. Congress created the EB-5 Program in 1990 to stimulate the U.S. economy through job creation and capital investment by foreign investors. In 1992, Congress created the Immigrant Investor Program, also known as the Regional Center Program. This sets aside EB-5 visas for participants who invest in commercial enterprises associated with regional centers approved by USCIS based on proposals for promoting economic growth.

This bill was assigned to a congressional committee on January 24, 2017, which will consider it before possibly sending it on to the House or Senate as a whole.