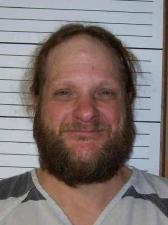 CHARLES CITY – A North Iowa man will be sentenced in connection to a serious accident that left several people hurt this past December.

Four people, including two children, were hurt in a head-on crash Tuesday evening, December 20, 2016 in Floyd county. According to the Iowa State Patrol, the incident took place around 4:51 PM on Highway 18 west of Commercial Avenue in Charles City. A 2007 Buick Terraza driven by 44-year-old Anthony Schmitz of Ionia, Iowa was traveling west on Highway 18 in Charles City when it crossed the center line. The Terraza was then involved in a head-on collision with a 2016 GMC Denali driven by 52-year-old Heather Meyer of Bassett, Iowa.

As a result of the collision, Schmitz was injured and transported to Mayo hospital in Rochester, Minnesota. Also injured were 11-year-old Mary Jane Schmitz and 10-year-old Miley Schmitz, both of Ionia. They were both taken to hospitals (Mary Jane to Mayo and Miley to the Floyd county hospital). Heather Meyer was injured and flown by Mercy Air Med to Mayo Clinic.

According to a statement from the Charles City police department: “At 4:51 pm yesterday, the CCPD was dispatched to a horrific head-on accident on Highway 18 east. Deputies from the FCSO and an ISP trooper came without even being called to assist. Great teamwork! Thanks for covering the accident, Trooper Sinnwell! The CCFD, AMR, and Floyd Co S&R worked tirelessly side-by-side to get the victims out and to medical care. Awesome work people! Thanks to Marzens Towing for getting the road back open so quickly afterwards. But the real heroes were the unsung heroes behind the scene. Like the woman who took the battered young girl into her vehicle and cared for her until medical aid got there. And the woman who stood in the cold beside a smashed vehicle comforting the driver until they could be extracted. And also the dispatcher, sitting by herself in a room, who took numerous frantic, stressful calls and got the needed help on the way by making the many calls required. Thank you to all of you. It’s great to live in a community where we pull together when someone else is in need. Our thoughts and prayers go out to the victims and their families.

In January, Anthony Schmitz was charged with two counts of child endangerment, one count of serious injury by vehicle, and first-offense operating while under the influence after drugs were allegedly found in his system. Court records show Schmitz allegedly claimed he swerved his car to miss a rabbit and tried to escape the scene of the accident before police arrived. He has entered a guilty plea and awaits sentencing on April 24.

According to a GoFundMe page, Anthony Schmitz was involved in a serious auto accident just a few months prior to the December 20 accident. According to the narrative:

“On Friday, September 2nd (2016) Tony was driving a U-Haul filled with pallets of cat food for the Cat Santuary in Nashua where his wife Anna works. He hit the guard rail under the 380 exit and the uhaul caught fire and overturned. He pulled his shirt over his head and kicked/pushed his way out of the windsheild and ran from the burning vehichle. Unfortunately all the cars going the same direction from him were stuck behind the burning vehicle so he had to walk the the entrance ramp from 380 to find someone to help him. He said it felt like he was melting. They took him to Waterloo and then air lifted him to the IC Burn Unit at University of Iowa Hospitals in Iowa City.”

The page shows that $2,340 was raised to aid Anthony Schmitz in his recovery from that accident.

Schmitz was accused of child endangerment back in Chickasaw county in 2013. The charge was dismissed, but he was found guilty of felony drug possession and put on probation. He is now accused of violating that probation. He’ll face a hearing March 7.