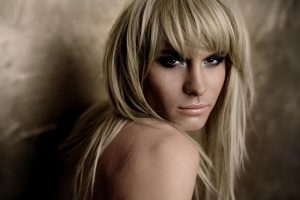 SACRAMENTO– California Attorney General Xavier Becerra recently announced that, effective October 4, 2019, California will prohibit state-funded and state-sponsored travel to Iowa because of a new provision in law Iowa enacted on May 3, 2019. The law, House File Bill No. 766 (HF 766), repeals existing protections under the Iowa Civil Rights Act that previously ensured Medicaid coverage for gender-affirming care. The new law makes it clear that coverage for this care is no longer required in Iowa.

“The Iowa Legislature has reversed course on what was settled law under the Iowa Civil Rights Act, repealing protections for those seeking gender-affirming healthcare,” said Attorney General Becerra.“California has taken an unambiguous stand against discrimination and government actions that would enable it. That’s why my office is adding Iowa to the list of states subject to state-funded or sponsored travel restrictions.”

In 2007, Iowa added “gender identity” as a protected characteristic under its Civil Rights Act, which prohibits any owner or manager of a public accommodation from refusing or denying service to or discriminating against any person based upon listed protected characteristics. In March 2019, in Good v. Iowa Department of Human Services, the Iowa Supreme Court affirmed that Medicaid coverage for gender-affirming surgery was protected under the Iowa Civil Rights Act. Just two months after the ruling, Iowa’s governor signed HF 766 into law, legislatively repealing the Iowa Supreme Court’s decision. HF 766 makes it clear that coverage for individuals seeking gender-affirming care is no longer required in Iowa. As a result, it has the effect of repealing state protections against discrimination on the basis of sexual orientation and gender identity.

California law — Assembly Bill 1887 (AB 1887), which took effect in 2017 — prohibits state-funded and state-sponsored travel to states that enact a law after June 26, 2015 that voids or repeals an existing state or local protection against discrimination on the basis of sexual orientation, gender identity, or gender expression. Iowa’s new law, HF 766, has triggered the enforcement of California’s AB 1887 protections.

In contrast to Iowa’s law, California has long permitted Medi-Cal reimbursement for gender reassignment-related care. In 1978, the California First District Court of Appeal found that gender-affirming treatment is medically reasonable and necessary and held that transsexual surgery is not cosmetic as defined under Medi-Cal regulations. Further, California law prohibits insurers from denying coverage for gender transition care if similar services are otherwise available to their other members, including, but not limited to, hormone therapy, hysterectomy, mastectomy, and vocal training.

Recognizing that discrimination has no place in our society, the California Department of Justice is committed to protecting the rights of members of the LGBTQIA community. Earlier this month, the Attorney General filed a motion for a preliminary injunction to block the Trump Administration’s “Healthcare Refusal Rule” that would allow healthcare providers to deny care to LGBTQIA individuals on religious or moral grounds. On behalf of the State of California, Attorney General Becerra is a co-plaintiff in Stockman v. Trump, a case seeking to defend the rights of transgender individuals seeking to join, or currently serving in, the U.S. military. Attorney General Becerra has also fought against discriminatory actions by the federal government threatening safe and equitable access to healthcare and education for members of the LGBTQIA community. Additionally, in May, the California Department of Justice led a coalition of attorneys general in urging the U.S. Department of State to include a passport option that accurately reflects the gender identity of gender non-binary individuals.