MASON CITY – A man formerly of Milwaukee that was arrested by Mason City police an alleged attempted sexual abuse says he is not guilty.

A sex offense was reported to Mason City police Thursday, November 24 around 5:11 AM. Officers arrived at Mercy Hospital, 1000 4th Street SW, to take the report and begin to investigate. As a result of those efforts, Mason City police arrested 23-year-old Michael Jeffrey Chojnacki who now lives in Mason City on a charge of assault with intent to commit sexual abuse. He was taken to the county jail and booked in at 1:42 PM Friday. Chojnacki shows former workplaces of Curries and a bar in Milwaukee and claims to have attended a high school near there and a girlfriend in St. Paul.

Chojnacki was in the county jail until about December 12, when he was able to post a $2,000 surety bond with the help of International Fidelity Insurance Company. 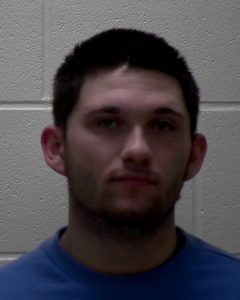