Woman who stole $1,795 from Kohl’s gets deferred judgement, probation 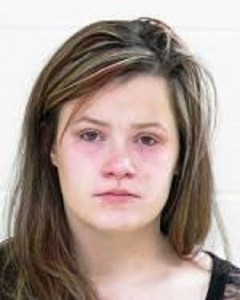 Lincicum (pictured) was charged with one Class D felony count of theft in the 2nd degree on January 9th after Mason City Kohl’s discovered she had taken $1,795 in cash from registers while she was employed there. Following the complaint from Kohls Lincicum was arrested and jailed before being bailed out hours later on a $5,000 bond issued by Liberty Bonding Agency Inc.

Lincicum had originally pled not guilty but a plea change hearing was scheduled the day before a scheduled pre-trial conference in the case.

Following the plea change hearing sentencing was set for July 9th before being continued to August 7th.

At the scheduled sentencing on Tuesday, August 7th, presiding District Court Judge Rustin T. Davenport handed down a deferred judgment for the felony theft in the 2nd degree charge. Judge Davenport ordered Lincicum to pay Kohl’s $1,795 in restitution and serve two years of probation with the Iowa Department of Corrections. In addition Lincicum is required to pay $355 in court fees, legal representation, and surcharges.

10 Responses to Woman who stole $1,795 from Kohl’s gets deferred judgement, probation