CEDAR RAPIDS – A man who conspired to distribute a mixture containing heroin and a drug called furanylfentanyl to one individual who died and two others who were seriously injured pled guilty today in federal court in Cedar Rapids.

Joshua Allen Manning, age 22, from Maquoketa, Iowa, was convicted of one count of conspiracy to distribute heroin and furanylfentanyl resulting in death and serious bodily injury. 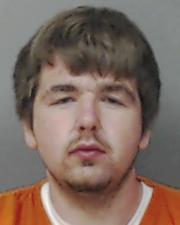