MASON CITY – A man with a sketchy criminal past was reported to be walking in Federal Avenue with a gun, and police converged and arrested him.

The incident took place Saturday morning near the corner of North Federal Avenue and 14th Street. A report was called in about a subject with a gun in the middle of the street at that location. Mason City police and Cerro Gordo deputies went to the scene to investigate. Eventually, 37-year-old Eric Devon Brown was located and arrested. He was charged with carrying a dangerous weapon and an illegal substance and then taken to the county jail, where remains held at this time.

Brown is no stranger to a jail cell. According to police, on the evening of February 21, 2015, a person in Mason City reported their car stolen apparently by a known acquaintance. Shortly thereafter, a Worth County Deputy stopped the car driven by Eric Devon Brown. Brown was arrested and charged with felony second degree theft. A few months later, he was able to wrangle a plea deal to a lesser crime of operating a vehicle without the owner’s consent, two counts. He was put on probation for a total of two years and ordered to pay $439.00 and $587.50 in court fees in those two charges.

On October 17, he was found guilty of violating his probation. As a punishment, he was sent by a judge to live in the Beje Clark halfway house in Mason City.

Brown was also charged with third degree theft on January 17, 2015, again by Mason City police. That charge was dismissed. Just two days prior to the car theft incident, Mason city police were summoned to the Northern Lights Homeless Shelter for men, located at 307 North Monroe Avenue, on February 19, 2015, at about 8:15 AM to investigate the theft of a cell phone. After an investigation, police arrested Brown on a charge of fifth degree theft. He later pled guilty and was ordered to pay $272.75 in fines and court fees. Records show he has made a total of one payment on the above debts, totaling 50 cents. 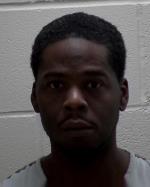