CEDAR RAPIDS – A white Iowa man with a swastika tattoo who stomped on and kicked the head of an African American man because of the victim’s race was convicted by a jury on March 30, 2016, after a three-day trial in federal court in Cedar Rapids.

Randy Metcalf, age 40, from Dubuque, Iowa, was convicted of one count of committing a federal hate crime. The verdict was returned following about three hours of jury deliberations.

The evidence at trial showed that on January 12, 2015, Metcalf assaulted an African American male at the Northside Bar in Dubuque, Iowa, by stomping on and kicking his head as the victim lay barely conscious on the floor of the bar. Metcalf assaulted the victim and was then pushed away from him by another person in the bar, but then returned to kick and stomp the victim in the head again. The evidence further showed that he assaulted this man because he was African American and that Metcalf had been using racial slurs in reference to the man over the course of the night prior to the assault. Metcalf also displayed a swastika tattoo to other people who were in the bar prior to the assault and bragged about having burned crosses.

“Racially motivated acts of violence have no place in our state or country,” said Kevin W. Techau United States Attorney for the Northern District of Iowa. “This office is committed to vigorously prosecuting federal laws prohibiting violent acts of hate and protecting the civil rights of the citizens of Iowa.”

“Hate violence violates the fundamental promise of equal protection for all that defines a free and tolerant society,” said Principal Deputy Assistant Attorney General Vanita Gupta, head of the Civil Rights Division. “As this conviction shows, the Department of Justice will continue to aggressively prosecute hate crimes to ensure that we safeguard the rights of victims and hold perpetrators accountable.”

Sentencing before United States District Court Chief Judge Linda R. Reade will be set after a presentence report is prepared. Metcalf remains in the custody of the United States Marshal pending sentencing. Metcalf faces a possible maximum sentence of ten years’ imprisonment, a $250,000 fine, a $100 special assessment, and three years of supervised release following any imprisonment.

The case was investigated by the Dubuque Police Department and the Federal Bureau of Investigation. The case is being jointly prosecuted by Assistant United States Attorney Anthony Morfitt and Trial Attorney Christopher Perras of the Justice Department’s Civil Rights Division. 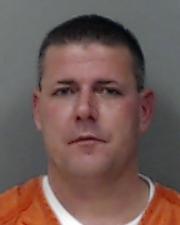