MASON CITY – A Mason City woman who pled guilty three years ago to dealing the illicit drug lortab may have her probation revoked.

Jayanna Sue Long was arrested on a theft charge last month at Taco Bell while she was at work.

This week, a warrant was issued for Long’s arrest, after the Iowa Department of Corrections reported that Long is now in violation of the probation she was given for dealing lortab in 2011.

Mason City police arrested Long at her home Thursday and took her to jail, where she is being held on $10,000 cash bond. She awaits an October 20 court date.

Long posted $2,000 bond on September 29 and was released from jail on a charge of enhanced third degree theft. She awaits an October 10 court date. 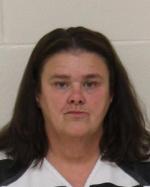