U.S. closer to striking Syria over chemical weapons use; may cause attack on Israel 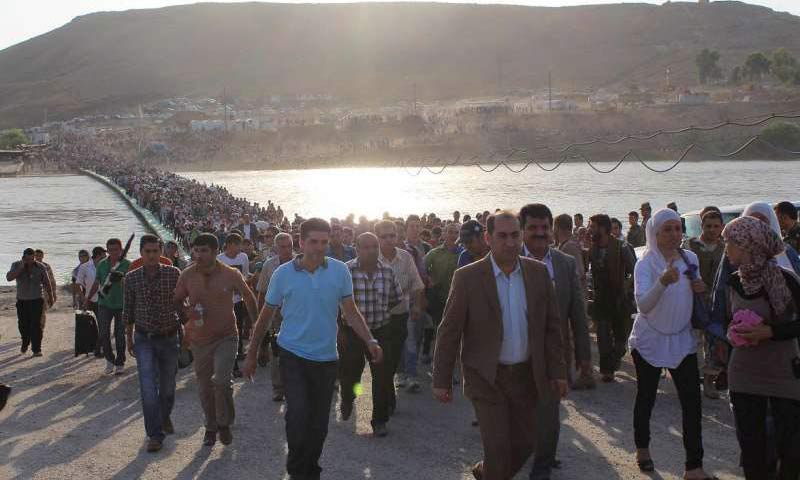 WASHINGTON – Reports Wednesday indicate that the U.S. is inching closer to a retaliatory military strike on Syria after its supposed use of chemical weapons on its own people.

The U.S. has said that although the war in Syria has raged for two years and nearly 100,000 have died as a result of it, the use of chemical weapons by the Syrian government is a game-changer.

“Secretary Kerry and I attempted to make clear yesterday that there is no doubt here that chemical weapons were used on a massive scale on August 21st outside of Damascus,” a White House spokesman said Monday. “There is also very little doubt, and should be no doubt for anyone who approaches this logically, that the Syrian regime is responsible for the use of chemical weapons on August 21st outside of Damascus.

U.S. ally Britian on Tuesday was pressing other United Nations members to approve military action, it was reported.  U.N. weapons inspectors are in the war-torn nation now, but security concerns are hampering their investigations.

Meanwhile, Iran warned against any military action against Syria, saying “severe repercussions” would be in store.

“Our region and the Middle East region is in a critical situation and needs peace, restraint, and tolerance,” Iranian Foreign Ministry spokesman Abbas Araqchi told reporters on Tuesday.

The New York Times reported that “Iranian lawmakers and commanders issued stark warnings to the United States and its allies on Tuesday, saying any military strike on Syria would lead to a retaliatory attack on Israel fanned by ‘the flames of outrage.’”

At the same time, U.S. military leaders said this week that they are “ready to go” if called into action.