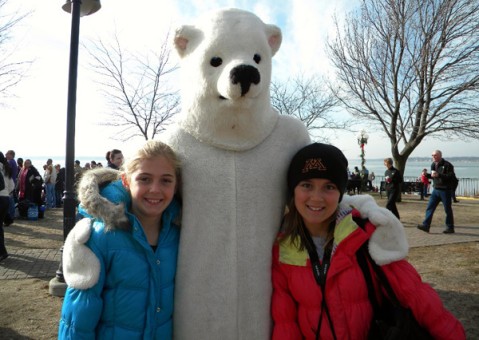 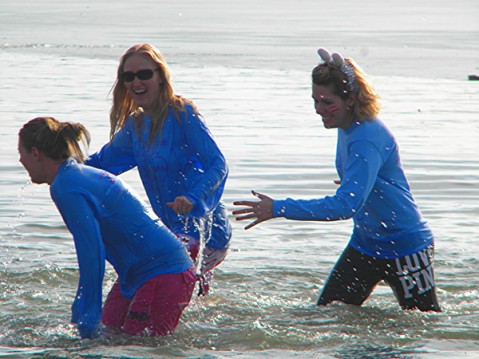 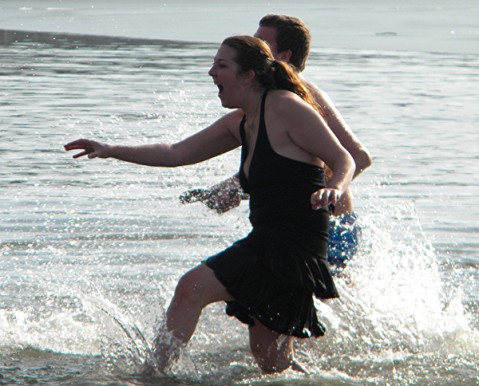 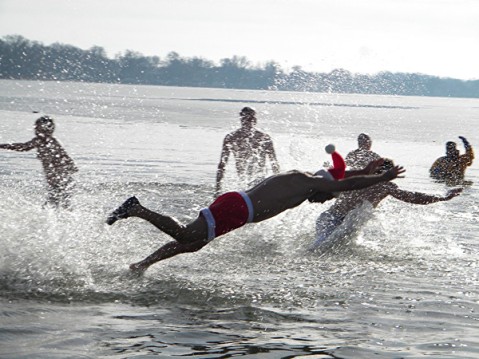 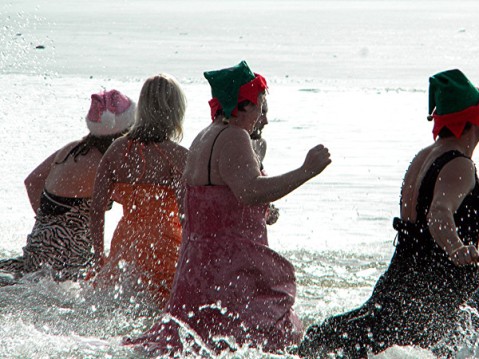 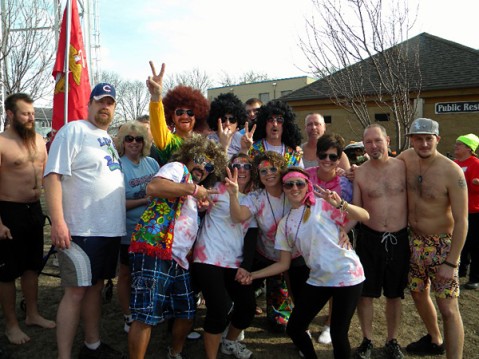 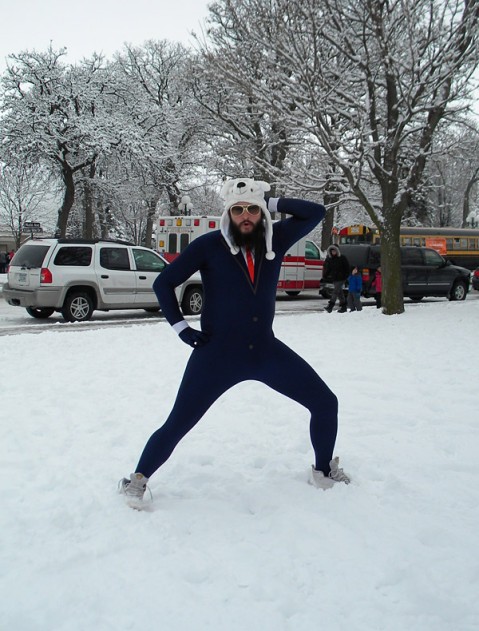 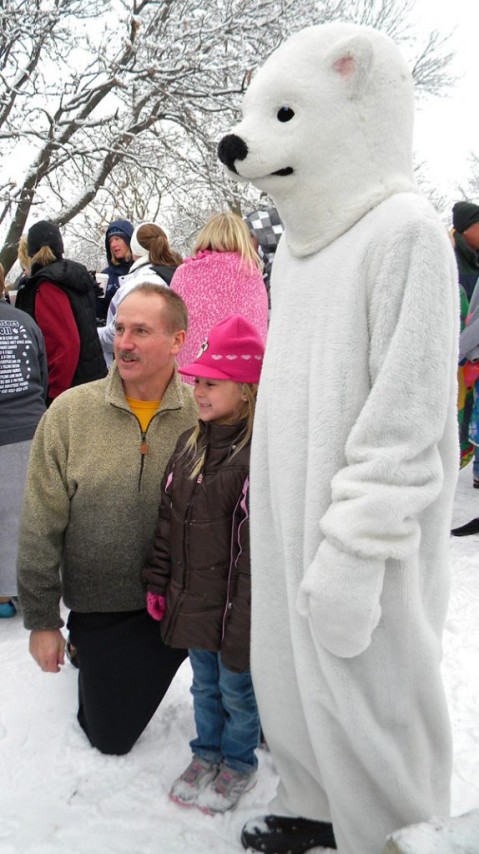 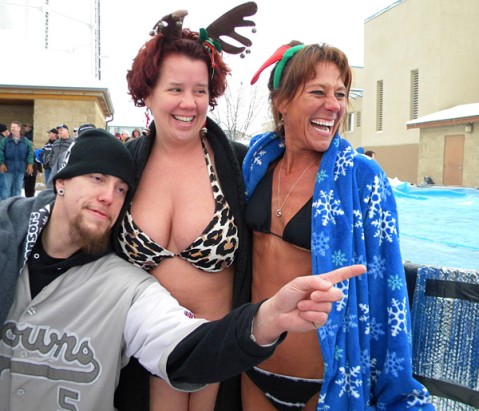 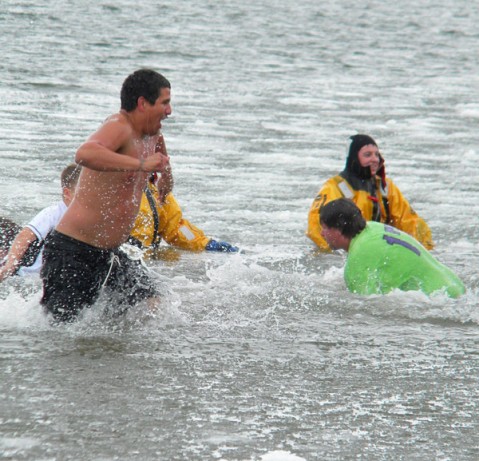 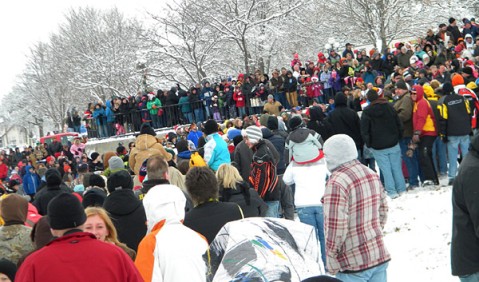 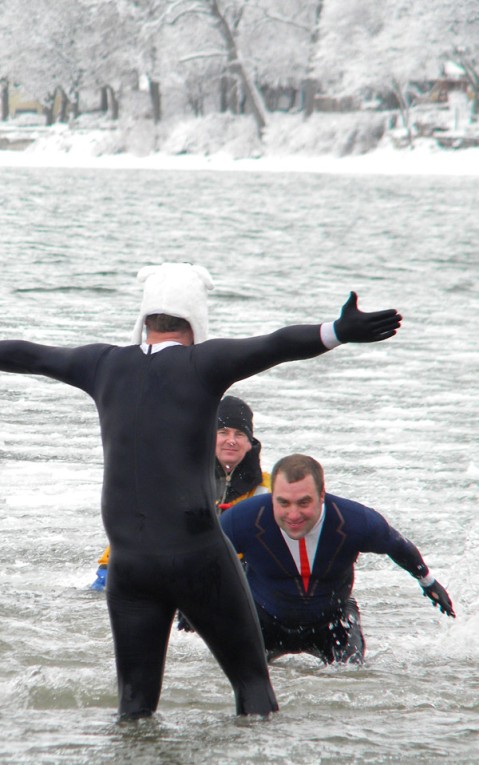 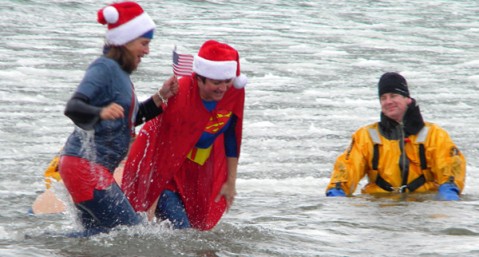 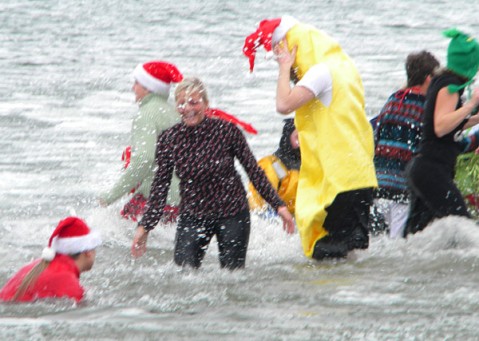 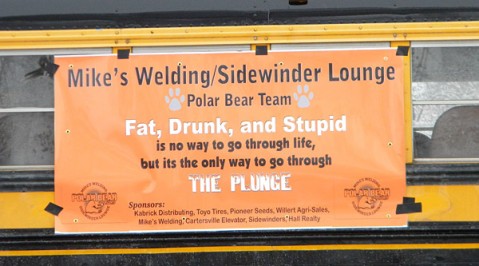 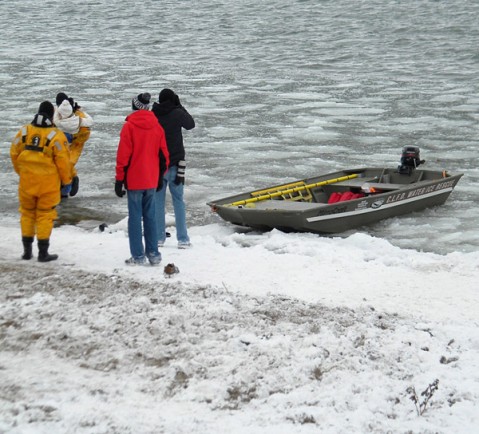 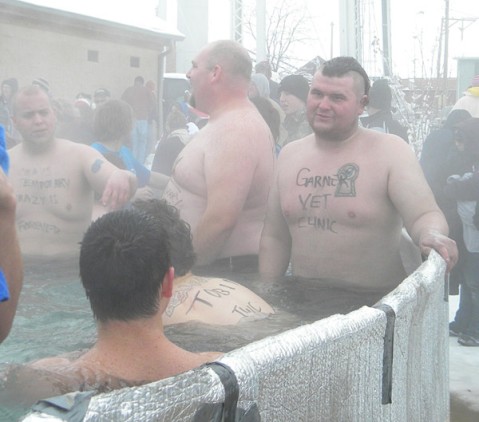 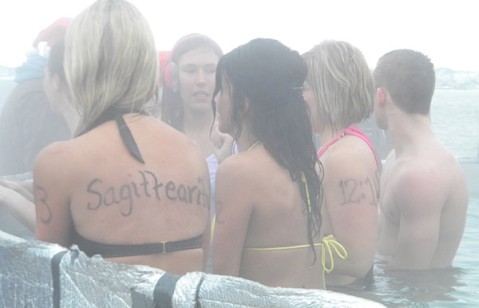 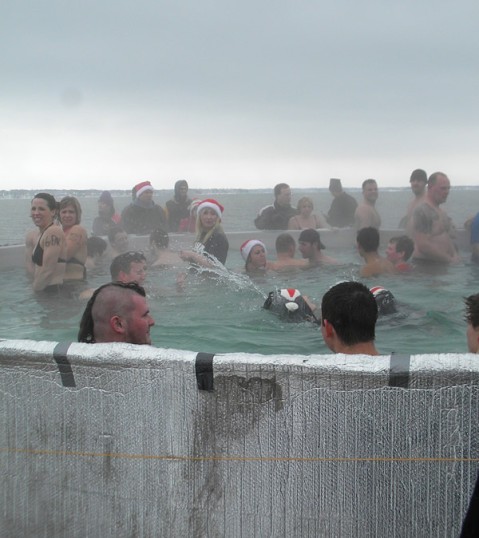 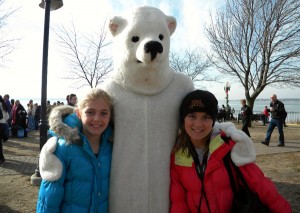 People were walking around in shorts, short sleeve shirts and discarding coats as the afternoon went on. Santa, aka, Bob Kopriva, even was down to his Santa swimming suit and Santa hat, revealing a much slimmer, beardless Santa.

What would be a Polar Bear Dip without a Polar Bear? Ali Maulsby and Maddie Jurgensen, both of Clear Lake, were enjoying the Bear walking around entertaining the people. “We’re having a good time,” they both said.

There was quite the diversity in attitude toward the warm weather. Michael Moore had his Siberian Husky, Vader at the beach, “Vader’s kind of sad. He wants it to snow. We’ll get some soon.” On the other-hand, there was Ezra Zickefoose, who was laying down in the sand. He was there with his mother, Katie and sister, Kacey. “He’s sunbathing on Polar Bear Dip Day,” joked his mom.

There was only a thin layer of ice on the lake that needed to be removed. The firefighters were in the water commenting on how different it was from other years.

LD’s, who were raising money for the “Make a Wish Foundation”, went into the water first.

“We had the most people last year,” said John Schade, “so we won the trophy. That’s why we get to go in first.”

This year, that trophy went to Formalities, whose charities were “Hayden’s Hope” and “Chillin’ For Charity”. They had an estimated 150 people taking the plunge into Clear Lake. They had to be broken down into three groups for safety reasons, only allowing 50 dippers into the water at a time.

There were many other teams, as well as many individuals that took a dip for charities this year. Fifteen years ago they only had six people participate in this event. It’s came a long way and it’s for many great causes. 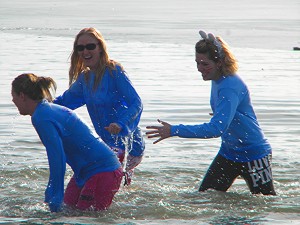 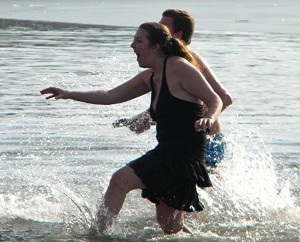 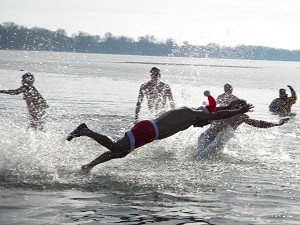 Santa, aka Bob Kopriva, Diving In 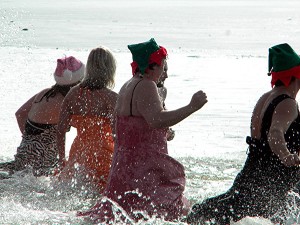 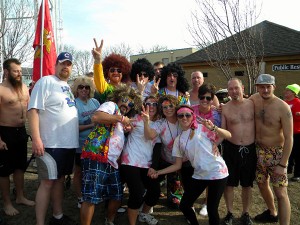