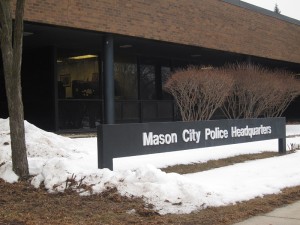 A resident called 911 at 10:08 p.m. to report that heard several shots and their front door had been struck by gunfire.

During the investigation officers found two bullet holes in the front door. They also learned that the shooting had occurred at least 15 minutes prior to 911 being called. There were two occupants in the home when officers arrived and no one was injured.

Anyone with information about this incident should contact the Mason City Police Department.