This news story was published on September 11, 2012.
Advertise on NIT • Subscribe to NIT 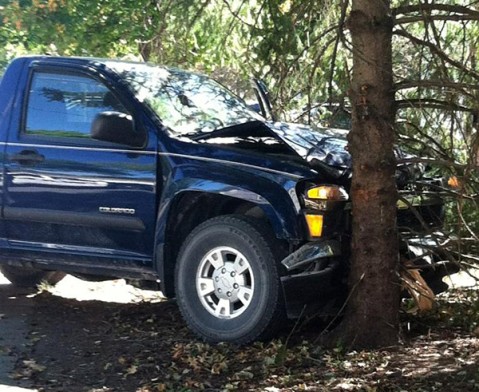 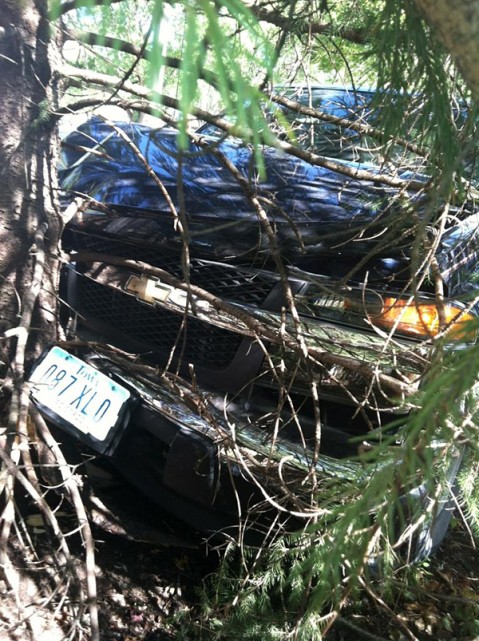 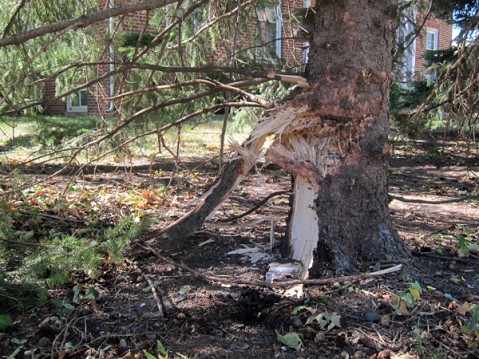 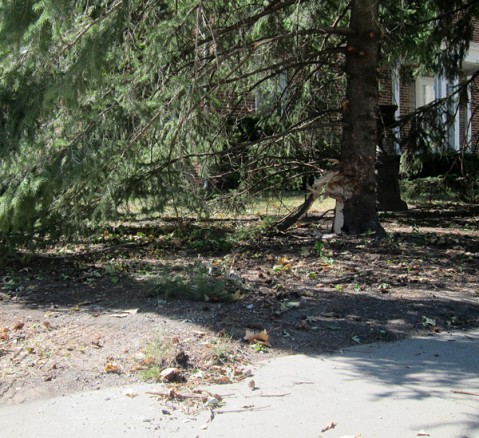 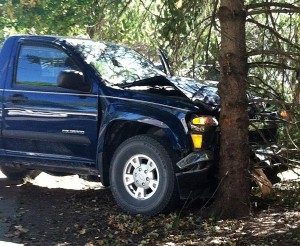 Blue Chevy Colorado driven by a Clear Lake man smashed into a tree Tuesday at around 11:45 AM. The man was slightly injured.

According to a police report, 89 year-old James Robert Law of rural Clear Lake was cited for an undisclosed offense after his vehicle accelerated south through the Trinity Lutheran Church parking lot across 2nd Street NE and struck a tree in the lawn in front of residences there.

The report says Law was injured. It was said Law was checked out and was not transported to the hospital.  “He hit his mouth,” a bystander told NIT.

Bystanders also told NIT that they weren’t sure exactly what happened, but the incident sounded “like a big crunch.”  They said Law’s blue Chevy Colorado pickup truck seemed to be totaled.  There were still bits and pieces of the truck next to and stuck to the tree a few minutes after authorities left.

Bystanders also said that three baby squirrels were knocked out of the tree. “The firefighters and officers put them back into the tree.” 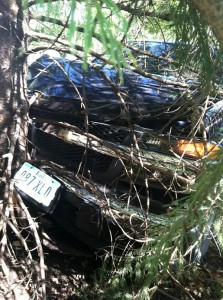 Blue Chevy Colorado driven by a Clear Lake man smashed into a tree Tuesday at around 11:45 AM. The man was slightly injured. 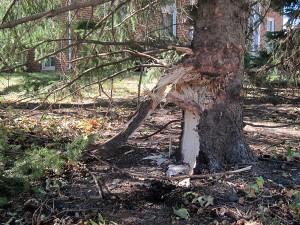 This tree has seen better days. Pieces of a Chevy Colorado are still scattered nearby. 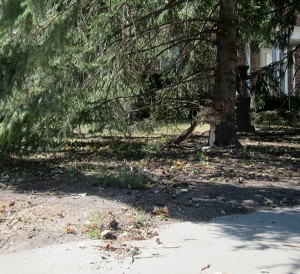 Path to the tree taken by pickup truck.