MASON CITY – A convicted felon was charged on Sunday with assault.

According to officers at the Cerro Gordo County Jail, “Ramond Manley Thompson was charged with simple assault. Inmate Thompson assaulted another inmate in jail.”

The incident took place at 8:16 PM at the jail facility and at least 5 officers responded.

Thompson was in jail being held on a number of other charges, including second degree theft and possession of a firearm by a felon.

Thompson was caught by Clear Lake police with a stolen vehicle and a firearm on August 22nd and held on a $10,000 cash bond. 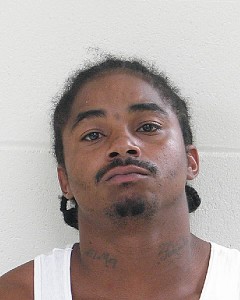