MASON CITY – Mason City police were called to the 000 block of South Delaware Ave. shortly before 2 AM Sunday morning on a report of a large crowd gathering outside a business after closing time.

A concerned citizen reported to officers that one of the men in the crowd was armed with a handgun. As officers approached 21-year-old Ryon Marquise Shelton, who claims to live at 631 South Adams, he tried to run on foot from them.

Police took down Shelton and found the alleged handgun, cocaine packaged consistent for street sale, and marijuana following the chase.

Law enforcement has confirmed Shelton was not licensed to legally carry the firearm on his person.

Court records show Ryon Shelton was held by court order from March 2011 to April 2011 on $25,000 bond as a material witness in a Cedar Rapids murder case in which a man was killed in a robbery following a botched drug deal. Read more about that case here.

Many online archives report Ryon Shelton attempted to pull a BB gun on two undercover Cedar Rapids police officers on Halloween 2006 when he was still a juvenile. Most accounts say the officers followed protocol and pulled their service firearms in return causing Shelton to drop his toy gun and attempt to again flee law enforcement on foot. When he was captured Shelton told officers he was “just playing around” and trying to scare people. “He was cited for assault while displaying a dangerous weapon and released to relatives, police said.” 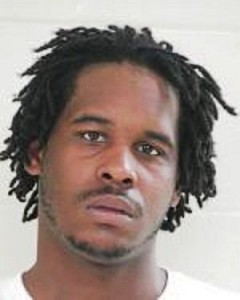