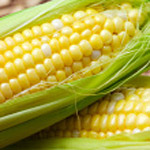 “Those factors place a premium on pushing the rapid commercialization of E15 (15 percent ethanol and 85 percent gasoline). Higher blends like E15 are the only way to guarantee increased ethanol production in the future and the jobs and foreign oil displacement that comes with it.”

While exports of ethanol rose, domestic demand has been flat because the industry hit the so-called “blend wall” federal mandate of 10 percent of total U.S. gasoline production early in the summer months. If E15 is approved by federal regulators, that would increase domestic demand for the biofuel.

Iowa is the renewable fuels leader among the states with 41 ethanol plants capable of producing 3.7 billion gallons annually. Archer Daniels Midland, with plants in Cedar Rapids and Clinton, is the largest Iowa ethanol producer with an annual capacity of 700 million gallons.

Iowa also has 13 biodiesel facilities with the capacity to produce 320 million gallons annually.

Made from a diverse mix of resources such as agricultural oils, recycled cooking oil and animal fats, biodiesel is the first and only commercial-scale fuel produced across the U.S. to meet the EPA’s definition of an advanced biofuel.