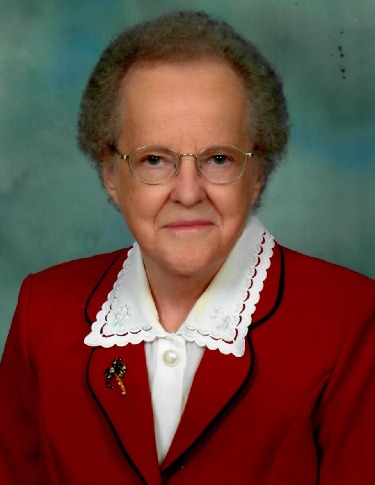 Marcene was born January 15, 1924, in St. Ansgar, Iowa, daughter of Frederick and Anna Delia (Monahan) Warrington. She attended Mount Mercy College for one year after high school until she met the age requirement to be a teacher, and she then taught in a rural one-room schoolhouse.

She and Francis Heimerman were married June 10, 1947, at Sacred Heart Church in Osage, Iowa, spending 50 years together. After getting married, Marcene focused on her family and raising their children. She returned to teaching in 1969 at Visitation School in Stacyville, where she taught for 19 years. While teaching, she continued her education through night classes and summer school and earned her BA in elementary education from Upper Iowa University in 1978.

Marcene and Francis farmed for 35 years near McIntire, Iowa. Marcene loved gardening, baking, teaching, and playing cards with their friends. Her greatest enjoyment was spending time with her family including her children, grandchildren and their families.

She was preceded in death by her husband Francis, her parents, her brother Charles, son-in-law Villo Offen, and many brothers-in-law and sisters-in-law.

Marcene’s family wishes to thank Faith Lutheran Home and St. Croix Hospice for the comforting care provided to her.