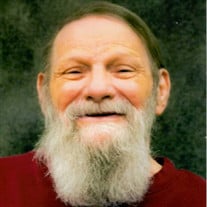 Terry Lee Klein was born in Mason City on September 30th, 1949 to Helen & Harold Klein. Terry lived a full life, filled to the brim with comradery, entertainment, and good humor.

Those who knew Terry will recall his trademark silliness, his love of NASCAR and the Green Bay Packers, as well as his chipper spirit. Terry was an avid connoisseur of television and film, especially classic Kaiju films like Godzilla, King Kong, and Rodan as well as superhero films like the X-Men.

Terry grew up in Mason City, Iowa. A native son to Iowa, Terry was perhaps best known for his carefree attitude on life and his love of fun. While sometimes this outlook could result in mischievousness, Terry was an honorable man who knew that in order to play hard one must work hard. Terry worked most of his life in construction as a heavy equipment operator, but he also served in the army and returned home a veteran. Terry was married twice before he would eventually settle down and marry the love of his life Lisa Klein on May 9th, 1992. Together they celebrated 30 years of marriage. Terry retired after an injury and poor health left him without his
right leg, but he never allowed this challenge to dampen his spirits. Terry has had many children, nephews, and grandchildren all of whom have survived him.

Terry was preceded in death by his older brother Dennis & both his parents.

Terry passed away in Mason City, Iowa at the Good Shepherd Nursing Home on Friday, July 15th, 2022. Those seeking to celebrate his life should attend his service at the Salvation Army Church on Tuesday, July 26th at 10 am.