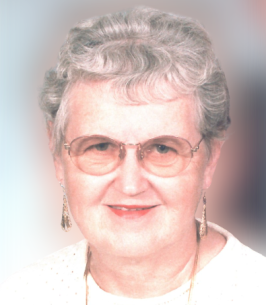 Evelyn Irene Paul the daughter of Henry and Clara (Ellefson) Grupe on January 2, 1935 in Popejoy, Iowa. She died on Wednesday, November 17, 2021 at the Palo Alto County Hospital in Emmetsburg, Iowa.

Evelyn graduated from Alden High School before marrying Marlyn Paul on February 21, 1953 in Alden. The couple made their home in rural Swea City where they raised seven children.

She was a member of Our Savior Lutheran Church in Swea City and Zion Lutheran Church in Alamo, Texas and active in the women’s activities. She was a servant of God in many ways. In her free time, Evelyn enjoyed gardening, sewing, and quilting. Marlyn and Evelyn moved to Alamo, Texas in 2014. She was a wonderful cook, especially her fried chicken and gingersnap cookies. Evelyn loved to attend her children and grandchildren’s sporting events.