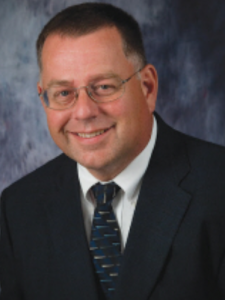 Mark Nathan Bohle uttered his last words of profanity on November 1st, 2021. The world has lost a great joke teller and spreader of laughs. A one of a kind man, who deeply cared about those around him, whether he knew them or not.

Mark’s earliest jokes weren’t documented, but we do know he was born to Sumner farmers, Arnold and Marie Bohle, on February 5th, 1955. He developed a strange sense of humor during the late 50’s and throughout the 60’s. He was shaped by experiences with his large family on the farm and friends in school, church, and on the softball field. Mark was aided in chores, trouble, and a variety of other exploits by six brothers and one sister. Besides keeping folks entertained with punchlines and stories, he also became a voracious reader of any book he could grab. He confounded his parents by happily being sent to his room, book in hand.

Mark attended Sumner High School, where he met his future wife, Becky Haw. The couple attended college at the University of Iowa. Much of his time in Iowa City has been edited for clarity and discretion. Mark graduated with a business degree in 1977. In June of 1977, Mark and Becky were married in Sumner, IA and then moved to Cresco where Mark landed his first banking job. Mark was always quick to help a friend or community member with any financial services and worked in various roles within the financial industry for over 44 years.

Mark’s inability to sit still led him to getting involved with multiple areas of the community including, but not limited to: Jaycees, Howard County Fair Board, Cresco Public Library, Cresco Methodist Church, Toastmasters, Alert Manor board, Cresco Country Club, Dollars for Scholars, the Chamber of Commerce, and last but not least he served the city of Cresco as mayor from 2009 to when he passed. There were other organizations, but this list is already quite long.

He had a need to be a wonderful person, always sharing an ear to anyone who had something to say. His greatest skill was the ability to listen, closely followed by his ability to care. Mark will be remembered as many things to many people. He recently shared advice with his family: “Listen to people and follow the golden rule. Oh, and stick to the meeting agenda”.

In February of 1985, Mark and Becky welcomed their only son in the world, Phillip Mark Bohle. Mark finally had a permanent sidekick who he tested jokes on, passed wisdom to, and always shared a laugh (and later a beer) with. Two years before his passing he gained a daughter-in-law, Kelsey. Having a new member of the family allowed him the opportunity to tell his best jokes to someone who hadn’t already heard them dozens of times.

Mark and Becky moved their small family to their acreage on the south side of Cresco in 1988. This is where their interest in animals blossomed into a cross between a hobby farm, an exotic animal sanctuary, and a petting zoo. Over the years they cared for horses, llamas, ponies, cats, dogs, chickens, and pot bellied pigs. Mark preferred to forget about the goats. While he often rolled his eyes each time his wife or son added a new pet to the family, he had a knack for understanding the animals and they kept him busy. He also prided himself with backing the stock trailer. Winter may have been his favorite season as he had the chance to hop on his tractor and clear snow with grace and determination.

Aside from managing life with pets, Mark had a range of hobbies and interests to keep his mind busy. Some of those hobbies were golfing, attending Iowa football games, breaking his chainsaw, “camping” at his property near Elgin, IA, walking the dog, meeting bartenders, tossing empty beer cans, and pondering life. He also calculated gas mileage with great aplomb. Mark’s favorite times were sitting around the campfire at his farm in Elgin with his family, drinking beer, supervising the fire, telling jokes, and getting into trouble with his son. He also loved taking weekend trips with his brothers and would talk about those trips for months following.

Mark was a member of the University I Club and proudly held season football tickets for over 40 years. He will be remembered and missed by so many of his Iowa tailgate friends and seat neighbors at Kinnick Stadium. Mark loved going to Iowa City to spend time with his son, belly up to a bar, and make friends with any unfortunate person who walked in.

Mark was preceded in death by his parents, Arnold and Marie, his sister, Becky, and infant brother, Randall. He is survived by his wife, Becky, son, Phillip (Kelsey) and his beloved brothers. In order of appearance on this earth; Dan (Anne), Wendell (Diane), Terry (Sue), Jeff (Connie), Brad (Mary), and Tom (Stacy).

The Bohle family will greet visitors to a Celebration of Life on Friday, November 12th from 2-6pm at the Heritage Event Center in Cresco, IA. Instead of flowers, Mark would hope that you would do an unexpected and unsolicited act of kindness for someone in need in his name. And raise a glass with a stranger, who will soon become a friend.