This news story was published on October 22, 2020.
Advertise on NIT • Subscribe to NIT

FAYETTE COUNTY – Drugs and accusations of sex crimes were found in a Northern Iowa home, and one man faces numerous charges.

On October 21, 2020 the Fayette County Sheriff’s office conducted a search warrant on a rural Waucoma, Iowa residence to aid in a sexual abuse investigation. That warrant resulted in the arrest of 45-year-old Russell Eugene Sims of Waucoma on the following charges:

Sims is currently in jail awaiting his appearance in court.

Also, the Department of Human Services was called in due to minors living at the residence at the time drugs were found. Electronic devices were also seized and will be taken for a forensic examination, this is ongoing investigation and more persons and charges could be filed. The Sheriff’s office also had assistance from the Chickasaw County Sheriff’s office. If convicted on all charges Sims could face up to 45 years in prison. 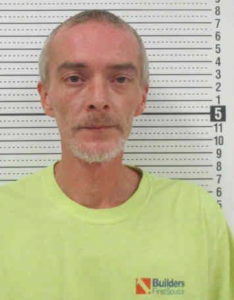