This news story was published on October 19, 2020.
Advertise on NIT • Subscribe to NIT

CEDAR RAPIDS – A man who led a group invading a Waterloo home was sentenced to ten years in federal prison.

James Welton, age 41, from Independence, Iowa, received the prison term after a March 19, 2020 guilty plea to one count of being a felon in possession of a firearm. Evidence at the sentencing hearing showed that Welton led a group of individuals into a Waterloo home on the evening of October 21, 2019. The group was armed with two stolen firearms. Once they got into the residence, they attempted to kidnap one of the residents, assaulted one person, and discharged both guns.

Welton was sentenced in Cedar Rapids by United States District Court Judge C.J. Williams. Welton was sentenced to 120 months’ imprisonment and fined $50,000. He was also ordered to prepay the Court $8500 for the cost of his court appointed attorney. He must also serve a three-year term of supervised release after the prison term. There is no parole in the federal system.

Welton is being held in the United States Marshal’s custody until he can be transported to a federal prison.

The case was prosecuted by Assistant United States Attorney Patrick Reinert and was investigated by the Waterloo Police Department and the Bureau of Alcohol, Tobacco, Firearms and Explosives. 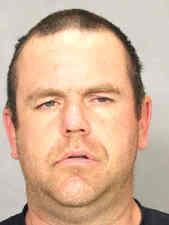