CEDAR RAPIDS – An Iowa man who threatened his neighbors with a loaded firearm has been sentenced to federal prison.

A Hiawatha man who was an unlawful user of controlled substances and possessed a gun he used to threaten his neighbors was sentenced to more than 3 years in federal prison.

Austin Bowers, age 25, from Hiawatha, received the prison term after a January 29, 2020 guilty plea to being an unlawful user of controlled substances in possession of a firearm.

In a plea agreement, Bowers admitted that on October 4, 2019, there were two disturbances at a home in northwest Cedar Rapids. That evening, Bowers had an argument with his fiancé, which then led to a disturbance with his neighbors. When the Cedar Rapids Police Department arrived, Bowers was in his neighbor’s garage, threatening the neighbors with a loaded Taurus PT 111 Millennium G2 9mm semi-automatic pistol with an extended magazine.

Bowers was sentenced in Cedar Rapids by United States District Court Judge C.J. Williams. Bowers was sentenced to 46 months’ imprisonment. Bowers must also serve a 3-year term of supervised release after the prison term. There is no parole in the federal system.

Bowers is being held in the United States Marshal’s custody until he can be transported to a federal prison.

The case was prosecuted by Assistant United States Attorney Matthew J. Cole and investigated by the Cedar Rapids Police Department. 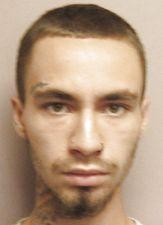