On Sunday, November 3 at approximately 1:54 AM, patrol units responded to 200 Brady Street in reference to a report of a person being robbed at gun point. The suspect left the area in a gold colored Chevrolet Malibu which officers located at 321 Division Street a short time later. The suspect, who was identified as Calvonta Stallings, was located inside the vehicle with evidence of the robbery. Stallings was charged with first-degree robbery from the incident at 200 Brady Street.

The Des Moines Police Department said today they have been assisted extensively by the Moline, IL and Davenport Police Departments with attempts to locate Stallings, who is one of several persons implicated in the October 10th murder of Rashid Mohamed Ibrahim.

Stallings is now being held in the Scott County Jail; he is the 5th arrest in the murder investigation, and no further arrests are anticipated at this time. 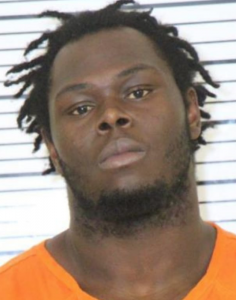