This news story was published on September 16, 2019.
Advertise on NIT • Subscribe to NIT 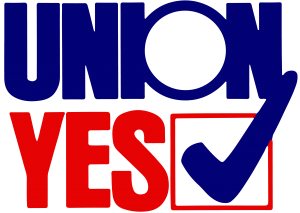 DETROIT – Local Union leaders from across the nation met Sunday morning after the 2015 General Motors collective bargaining agreement expired Saturday night and opted to strike at midnight on Sunday.

The autoworkers are calling on the Big 3 automaker to recognize the contributions and sacrifices that the company’s UAW members have made to create a healthy, profitable, industry.

“We stood up for General Motors when they needed us most. Now we are standing together in unity and solidarity for our Members, their families and the communities where we work and live,” said UAW Vice President Terry Dittes.

Following a formal meeting of the GM Council consisting of local union leaders, the UAW announced he membership is going on strike at midnight Sunday to secure:

The decision to strike comes a day after UAW Vice President Terry Dittes notified General Motors leadership that the Union would not agree to extend the Collective Bargaining Agreements.

“We told UAW GM members that we would stand up for them and their future,” said Gary Jones, President of the UAW.

National Bargaining Committee Chair Ted Krumm of UAW Local 652 said “We have been clear at the table about what GM members have indicated we will accept. We are standing up for what is right. We as local unions will sacrifice to stand up for what we deserve.”

“Our members have spoken; we have taken action; and this is a decision we did not make lightly. We are committed to a strong contract at GM that recognizes our UAW members, who make some of the greatest products in the world and make GM so profitable.”

President Trump immediately tweeted, “Here we go again with General Motors and the United Auto Workers. Get together and make a deal!”

GM responded, saying in a statement, “UAW Leadership directed UAW-represented General Motors employees to strike at midnight tonight. It’s disappointing we have gotten to this point as we have worked hard to develop creative solutions for our employees and our business. Our negotiating team, led by Gerald Johnson, put forward an offer that prioritizes employees, communities and builds a stronger future for all of us. We presented a fair offer to the UAW leadership that addresses wages, benefits, investments and job security in substantive ways and builds toward our future.”