This news story was published on September 16, 2019.
Advertise on NIT • Subscribe to NIT

ESTHERVILLE – Two men were arrested after a long investigation into the death of a man in Estherville that happened back in January.

On Monday January 29th, 2018 Estherville Officers were dispatched to a local residence for a report of an unresponsive 27-year-old male. Despite resuscitation attempts by Estherville Police, Estherville Ambulance, and Avera Holy Family E.R. staff; Matthew John Strayer was pronounced dead. Strayer was later transported to the Iowa Office of the State Medical Examiner for an autopsy.

​An exhaustive investigation was immediately undertaken by the Estherville Police Department. Following this investigation and working in conjunction with the Emmet County Attorney, warrants were issued for the arrest of Lance Alan Rosburg and Jeremy Jon Polzin. 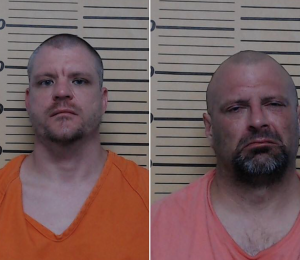