This news story was published on October 2, 2018.
Advertise on NIT • Subscribe to NIT

SIOUX CITY – A convicted drug felon from California who transplanted himself to Eagle Grove, Iowa, and was caught with guns, tens of thousands in cash and meth had been sent to federal prison.

Joe Ramon Santillan, 46, from Eagle Grove, Iowa, was convicted of conspiracy to distribute methamphetamine and possession of a firearm in furtherance of a drug trafficking crime on March 22, 2018. Santillan was previously convicted of a felony drug offense in California in 2008.

At the guilty plea hearing, Santillan admitted that from about February 2017 through November 2017, he distributed more than 1500 grams of mixed methamphetamine which contained more than 500 grams of actual (pure) methamphetamine in the Hamilton, Webster, and Humboldt County areas of Iowa and particularly Eagle Grove and Webster City. On November 9, 2017, law enforcement agents executed a federal search warrant at Santillan’s residence in Eagle Grove, Iowa. Agents seized approximately one pound of methamphetamine in a bag along with packaging materials and a digital scale in Santillan’s bedroom and seven firearms, including two loaded handguns, two assault-style rifles, two other rifles and a shotgun. Agents also seized approximately $8,000 cash in Santillan’s pocket and $25,000 cash in a safe in his bedroom.

Santillan was sentenced in Cedar Rapids by United States District Court Judge Linda R. Reade on October 2, 2018, in federal court in Sioux City. Santillan was sentenced to 300 months’ imprisonment. He must also serve a 10-year term of supervised release after the prison term. There is no parole in the federal system. 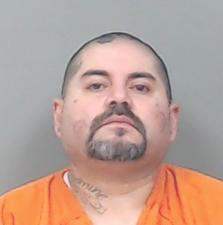