DES MOINES — The nation’s highest court dealt a blow to public sector labor unions – that some say are strangling state budgets – and liberals are furious and blaming Iowa Senator Chuck Grassley and the latest appointment to the Supreme Court for the massive setback.

Thursday, the United State Supreme Court ruled 5-4 in Janus v. AFSCME that nonmembers of public-sector unions cannot be forced to pay fees to cover representation and services from which they allegedly benefit. Some say the tidy pensions and other benefits procured by these powerful public unions, including higher pay than private sector jobs pay in many cases, have crippled state budgets. 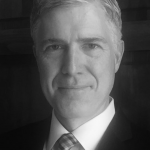 “Two years ago, Senator Grassley committed unprecedented obstruction and stole a Supreme Court seat. Today, that stolen seat provided a one vote margin to strip away the rights of workers.”

“With one ruling, the court has created new law and made the entire United States public sector workforce ‘right to work for less’. By reversing longstanding precedent set in the Abood case of 1977, today’s decision prevents unions from collecting fair-share fees from non-members who benefit from representation by the union, as well as collective bargaining that can improve working conditions, benefits, and wages.”

“Elections have consequences, and the efforts of Senator Grassley and his colleagues to politicize the courts is apparent in today’s ruling. We will continue to speak out against Senator Grassley’s turning the judicial branch in to his partisan, political playground. And we will work side by side with working families and their allies for the constitutional rights of every worker.”

Grassley and other Republicans helped turn away appointments to the Supreme Court from former President Barack Obama, but helped usher in a conservative to the court in Neil Gorsuch, which tipped the court to the right.

The Why Courts Matter Iowa coalition is allegedly focused on ensuring that the federal judiciary is representative of America’s diverse population so that every American can have his or her day in court. Why Courts Matter Iowa is led by Iowa Citizen Action Network, Americans for Democratic Action Iowa, Progress Iowa, and One Iowa.