BEIJING, CHINA – Secretary Rex Tillerson met with Chinese President Xi Jinping for 30 minutes on Sunday at The Hall of the People in Beijing. The two leaders discussed the progress in China-U.S. relations since the historic opening 40 years ago.

Both President Xi and Secretary Tillerson agreed there are opportunities for greater cooperation between China and the United States, but acknowledged there are, and will be in the future, differences between the two countries.

Secretary Tillerson also conveyed that President Trump is anticipating the two will soon be able to meet face-to-face for discussions that will chart the course for future U.S.-China relations. 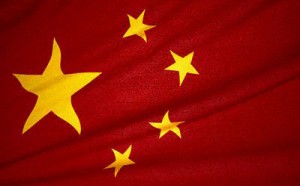 According to Chinese news outlet xinhuanet.com, “The two sides should grasp the general direction for the development of China-U.S. relations in an attitude responsible for history and future generations, said Xi.  Xi suggested that the two countries increase strategic trust and mutual understanding, review bilateral ties from long-term and strategic perspectives and expand fields of cooperation for win-win outcomes.  The two countries should also enhance coordination on regional hotspot issues, respect each other’s core interests and major concerns and encourage friendly exchanges between the two peoples, said Xi.  Xi also extended welcome to President Trump for a visit to China.”

Just prior to the meeting, Tillerson made the following remarks:

President Xi, thank you so much for that very warm welcome, and for receiving me in Beijing on this, my first visit to China as Secretary of State.

President Trump places a very high value on the communications that have already occurred between yourself and President Trump, most particularly the very lengthy telephone conversation, where there were very good exchanges to improve the understanding of China’s view of the relationship with the United States, and President Trump’s view, as well. And he looks forward to enhancing that understanding, and the opportunity for a visit in the future.

We know that, through further dialogue, we will achieve a greater understanding that will lead to a strengthened — strengthening of the ties between China and the United States, and set the tone for our future relationship of cooperation.

I appreciate very much the time that Foreign Minister Wang and Senior Councilor Yang have extended to me on this visit. We had very comprehensive dialogue regarding important areas for future discussion, and also important elements to ensure a successful visit in the future.