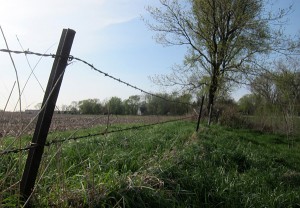 DES MOINES – Iowa Gov. Terry Branstad, Lt. Gov. Kim Reynolds and Iowa Secretary of Agriculture Bill Northey today encouraged Iowans to nominate farmers who have taken voluntary actions to improve or protect the environment and natural resources of our state for the Iowa Farm Environmental Leader Award. Nominations are due by June 15, 2017 and the nomination form, a list of previous awardees and other information can be found at www.iowaagriculture.gov/EnvironmentalLeader.asp.

The award is a joint effort between the Governor, Lt. Governor, Iowa Department of Agriculture and Land Stewardship, and Iowa Department of Natural Resources to recognize the efforts of Iowa’s farmers as environmental leaders committed to healthy soils and improved water quality.

“Iowa farmers and their families are committed to conserving and preserving the land,” Branstad said. “The Iowa Farm Environmental Leader Award is our chance to recognize producers who are going the extra mile in their land stewardship.”

Reynolds added, “This is our chance to recognize Iowa’s farmers who feed and fuel the world and drive Iowa’s economy. I want to encourage all Iowans to take this opportunity to nominate farmers who have taken steps to protect the environment and the natural resources of our state and I look forward to recognizing the winners at the Iowa State Fair in August.”

Farmers that are nominated should have made environmental stewardship a priority on their farm and incorporated best management practices into their farming operation. As true stewards of the land, they recognize that improved water quality and soil sustainability reaps benefits that extend beyond their fields to citizens of Iowa and residents even further downstream.

Nominations may be submitted on a year-round basis and are due by June 15th of the year to be considered for the award. Farm owners and operators are eligible for consideration.

“Iowa farmers are taking on the challenge of improving water quality and protecting our soil and this award is an opportunity to highlight and recognize those who are going above and beyond to adopt conservation practices on their farm,” said Secretary Bill Northey.

An appointed committee of representatives from both conservation and agricultural groups will review the nominations and select the winners. The recipients will be recognized on Wednesday, Aug. 16 at the Iowa State Fair.

Since creation of the award in 2012, more than 400 farm families have been recognized. Winners are presented a certificate as well as a yard sign donated by Monsanto. Hagie Manufacturing also sponsors a recognition luncheon for award recipients following the ceremony.