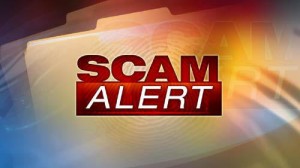 CEDAR RAPIDS – Four people are behind bars after federal prosecutors says they targeted elderly persons around the country using a phone scam.

Carlos Rodriguez, Michael Marcov, Stephanie Marcov, and Cody Richey, all from Dubuque or surrounding areas, have been charged with wire fraud, conspiracy, and money laundering. The charges are contained in a Complaint unsealed yesterday in United States District Court in Cedar Rapids.

If convicted, each of the four defendants faces a possible maximum sentence of 45 years’ imprisonment, a $750,000 fine, $300 in special assessments, and a term of supervised release following any imprisonment.­

Rodriguez, Michael Marcov, and Stephanie Marcov appeared yesterday in federal court in Cedar Rapids. Rodriguez and Michael Marcov are being held without bond. Stephanie Marcov was released on conditions of release. The next court hearing in the case is set for 9:30 a.m. on January 17, 2017 for a detention and preliminary hearing.

The prosecution is part of the Elder Justice Initiative of the Department of Justice.