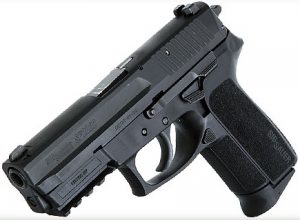 SAC COUNTY, IOWA – An Iowa woman who suffered fatal injuries after a gun went off in a car she was driving has been identified, and more details have been released.

The 24-year old female who was shot and killed in Sac County on Sunday September 18, 2016 is identified as Megan Quinn Sloss. Megan is from Guthrie Center, Iowa and was graduate student of the University of Iowa.

Megan and her 26-year old brother Spencer Lee Sloss of Guthrie Center were riding together to a family event in Ida County, Iowa. The plan for the day was to do some target shooting. As they were driving, they were talking about how to tear down a gun to clean it. Spencer Sloss, who was in the front passenger seat, was demonstrating this task with his Sig Sauer 9mm for his sister when the gun discharged. The bullet struck Megan in the hip region. They were traveling close to highway speeds, and Spencer Sloss reports that he had to climb over the arm rest to bring the car to a stop. Spencer Sloss called 911 and got his sister out of the car. A Doctor who had driven by stopped and rendered medical assistance. Megan was transported to Loring Hospital in Sac City and airlifted to Mercy Medical in Des Moines where she died a short time later.

Spencer Sloss does have a valid permit to carry issued out of Guthrie County, Iowa. An autopsy for Megan was scheduled for Wednesday morning at the State Medical Examiner’s Office in Ankeny, Iowa.