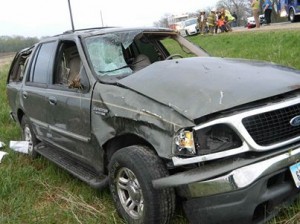 DES MOINES – The number of fatalities on Iowa’s roads is near a 5-year low, according to stats released by the Iowa Department of Transportation.

The Iowa DOT released updates traffic fatality statistics today, and says 318 people lost their lives in 2015 on Iowa roadways. That is three less traffic deaths than in 2014 and just one more than in 2013.

August of 2015 was the deadliest month of the year, when 50 people died.

One Response to Iowa traffic fatalities near 5-year low