WATERLOO – A Waterloo man now in custody in connection with a murder investigation where a man was found dead in a wooded area recently has now been charged with murder.

On September 9th, 2014 the Waterloo Police Department received a missing persons report on 44-year-old Ronald Dean Randall. During the investigation it was determined Randall’s disappearance was not voluntary and on September 12th, 2014 his body was located in a rural area of Black Hawk County, south of Washburn, Iowa.

An autopsy was completed by the State Medical Examiner’s Office and Randall’s death was ruled a homicide, the cause of death was multiple gunshot wounds.

As a result of the investigation, it was determined that Anthony Albert Tronca shot Ronald Dean Randall multiple times while they were at 2014 Black Hawk Street in Waterloo. Randall’s body was then transported to the rural location where it was later recovered by members of the Waterloo Police Department.

Anthony Tronca has been incarcerated in the Black Hawk County Jail since September 16th, 2014 on unrelated charges. 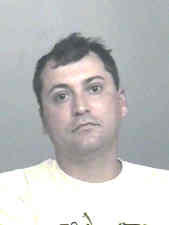