MASON CITY – A Mason City man – and convicted felon – has pled guilty to felony criminal mischief, but appealed the sentence.

Alberto Ramon, age 45 Mason City, pled guilty on June 4th to Criminal Mischief in the second degree, a class D felony. Ramon was placed on three years probation and given a five year suspended prison sentence. He was assessed $2,321.00 in court costs and fines.

However, Ramon has appealed the sentence. He posted a $5,000 security bond through Seneca Insurance Company and was released from jail.

Ramon, a convicted felon, is no stranger to being arrested by local police. In January of this year, he avoided police during a slow pursuit before pulling over. He was found to be in possession of drugs and charged. He pled guilty in March to drug possession and received a fine and 14 days in jail. He owes the entire $925.93 to Iowa courts in that case.

In April of 2013, Ramon was nabbed by police with marijuana and a stun gun. Judge Annette Boehlje, however, dismissed both of those charges. 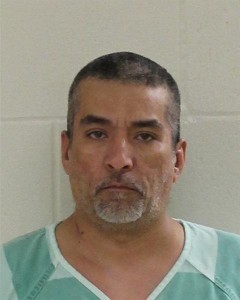