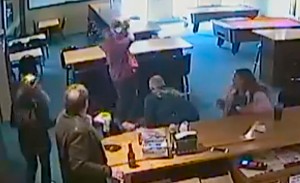 Workman grabs 6 month-old Kasen and tries to run with him. The child suffered bruises in the ordeal, his mother told NIT.

DES MOINES – The 10-year prison sentence of a man who tried to steal a baby from a Clear Lake bar was upheld this week by an Iowa Appeals Court.

Johnathan Lindsey Workman appealed his conviction and sentence for child stealing. The crime took place in April of 2013 at Rumorz Bar in Clear Lake. Workman grabbed the six-month-old son of Rumor’s owner Katie Showalter, Kasen, out of the arms of a woman and attempted to flee with the child before being subdued by patrons. The incident was caught on video (see below).

Workman was also charged with two counts of assault while participating in a felony. The assault counts were dropped as a part of a plea agreement. Workman entered an Alford plea and was sentenced to a term not to exceed ten years in prison. 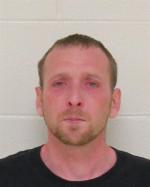