MASON CITY – Police were called to a East Park Wednesday for a disturbance and made an arrest after chasing a man.

According to police, at about 8 PM Wednesday, April 9, caller reported a male and female physically fighting in the park. Police arrived and spoke to Timothy Cyrus Arndt. Arndt was uncooperative and fled on foot as officers were about to arrest him. A Mason City officer chased Arndt on foot and apprehended him a short time later. Andt was arrested for Disorderly Conduct and Interference with Official Acts. Arndt is 18 and was taken to jail.

He was later released pending a court date. 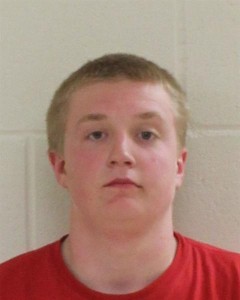