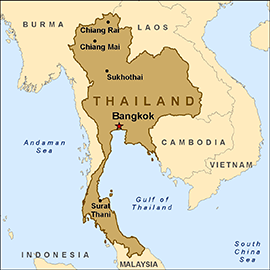 DES MOINES – Iowa Lt. Gov. Kim Reynolds, accompanied by Gov. Terry Branstad, Iowa Soybean Association (ISA) Director and soybean farmer from Maxwell, Iowa, Grant Kimberley, today announced that she will lead a trade mission to Thailand to encourage the purchase of Iowa soybeans, soymeal and other Iowa-made products. The trade mission was organized by ISA. The lieutenant governor and the Iowa delegation will depart Saturday, April 5, 2014, and will return Saturday, April 12, 2014.

“Last year, Iowa exported $5.6 billion in oilseeds and grains, and with new markets opening up in Asia, we want to encourage those markets to buy Iowa-grown soybeans and other Iowa-made products,” said Reynolds. “Thailand, with a population over 69 million, has the largest and most sophisticated soy food industry in Southeast Asia. With Iowa producing more soybeans than most countries in the world, there is tremendous potential to increase Iowa’s exports.”

The Iowa delegation will travel to Bangkok and Nakhon Rathasima, Thailand, for three days of meetings with industry leaders, site visits to processing facilities and feed companies, and talks directly with potential buyers. Reynolds will be accompanied by Kirk Leeds, CEO of the Iowa Soybean Association, and Brian Kemp, ISA President and farmer from Sibley, Iowa. 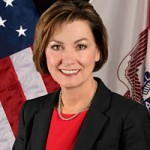 “With 95 percent of the world’s consumers residing outside the United States, Lieutenant Governor Reynolds and I understand the importance of creating and fostering global partnerships to increase economic development and job creation in Iowa,” said Branstad. “With one in five Iowa jobs depending on international trade, Lieutenant Governor Reynolds and I are committed to promoting and growing Iowa’s trade reach beyond our domestic borders.”

Over the past three years, the Branstad-Reynolds administration has organized and led trade missions leading to impressive economic development in the state. Since January of 2011, the Iowa Economic Development Authority has assisted foreign direct investment projects that are expected to result in the creation of nearly 1,000 jobs and over $2 billion in capital investment for Iowa.

The visit to Thailand represents an important investment in Iowa’s soybean industry.

“According to the 2012 Census of Agriculture report, at more than $30 billion, Iowa ranks second nationally for the total value of ag products sold, representing both crops and livestock and exports represent an important component. These trips are truly an investment; for our farmers and our state,” says Kimberley. “And we can identify the return on these investments when we see shipments of U.S. soybeans to Thailand. These didn’t exist just a few years ago. ISA understands the importance of connecting with our partners by visiting their facilities and businesses overseas and also hosting these partners at our own farms.”

The Iowa Soybean Association is paying for costs incurred by the lieutenant governor during the trade mission.