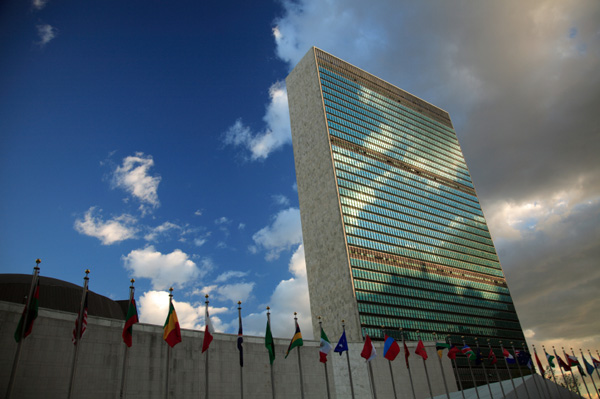 NEW YORK – There can no longer be any excuses for inaction regarding rights abuses in the Democratic People’s Republic of Korea (DPRK), United Nations High Commissioner for Human Rights Navi Pillay said today, welcoming a UN-mandated report cataloguing crimes against humanity of an “unimaginable scale” being committed in the country.

“In January 2013, I urged the international community to put much more effort into tackling the human rights situation of people in DPRK. Two months later, the Commission of Inquiry was duly established by the Human Rights Council,” said Ms. Pillay in a press release.

“It has now published a historic report, which sheds light on violations of a terrifying scale, the gravity and nature of which – in the report’s own words – do not have any parallel in the contemporary world.”

The report, released yesterday and which will be formally presented to the Human Rights Council in Geneva on 17 March, documents crimes such as “extermination, murder, enslavement, torture, imprisonment, rape, forced abortions and other sexual violence, persecution on political, religious, racial and gender grounds, forcible transfer of populations, enforced disappearance and the inhumane act of knowingly causing prolonged starvation.”

In 400-pages, the Commission found that the DPRK “displays many attributes of a totalitarian State” and reports that the cited crimes against humanity are ongoing due to the “policies, institutions and patterns of impunity that lie at their heart remain in place.”

In her reaction, Ms. Pillay suggested that the international community has paid “insufficient attention” to these human rights violations which have been ongoing.

“That has now been partly rectified,” she noted but called for strong international leadership to follow up on the Commission’s finding and “to use all the mechanisms at its disposal to ensure accountability, including referral to the International Criminal Court (ICC).”

“It is vitally important to maintain the momentum on addressing the serious violations that this remarkable report documents in such a comprehensive manner,” Ms. Pillay added. “The spotlight on human rights in the DPRK should not be dimmed as the news headlines fade away.”

In addition to the report, the Commission included a copy of a letter sent to Supreme Leader Kim Jong-un, containing a summary of the systematic, widespread and gross human rights violations that “entail crimes against humanity.”

The letter states that the three-member panel would recommend referral of the situation in the DPRK to the ICC “to render accountable all those, including possibly yourself, who may be responsible for the crimes against humanity referred to in this letter and in the Commission’s report.”