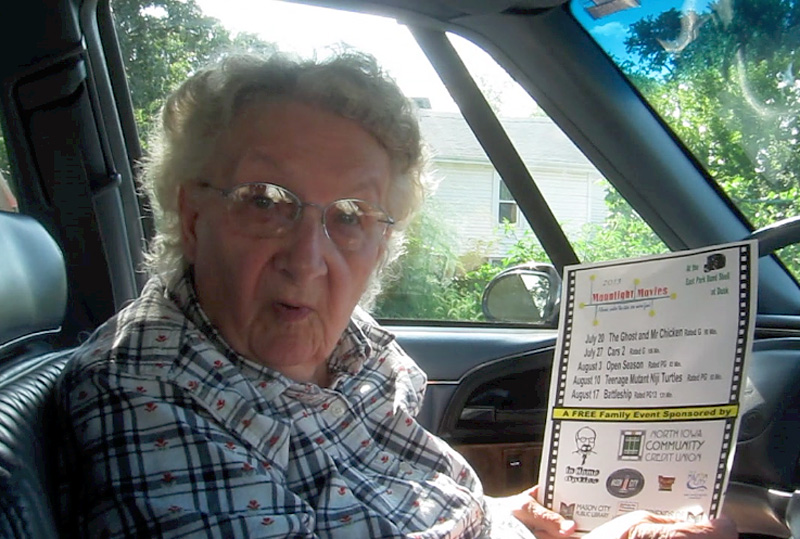 MASON CITY – A long-time volunteer known for saving the historic Band Shell through countless hours of work and fundraising claims that Mason City Mayor Eric Bookmeyer has tried to bully her away from making public announcements about progress on the project.

According to Ms. Easley – who requested an interview on Tuesday, July 16th with NorthIowaToday.com on the matter – Eric Bookmeyer told her that she could only speak about the Band Shell four times per year.

“I probably talked too much (before),” Ms. Easley told NIT. “But it got the job done.”

Ms. Easley was once a regular speaker at City Council meetings, taking the podium nearly every week to give updates on her Band Shell project.

The Band Shell is nearly fully restored at this time, but Ms. Easley continues to raise funds and pursue needed upgrades and fixes to the structure, like security cameras to ward off vandals, remodeled bathrooms and handicapped-accessible ramps.

“When Roger (Bang) was mayor, he never limited me, and we raised thousands of dollars from really good people to save the Band Shell,” she said.  “We have movies coming up to be played in the park at the Band Shell.  How can I tell people when the mayor won’t put me on the agenda?  I was supposed to be on tonight (Tuesday, July 16th), but I got a call this morning (from City Hall) saying they weren’t able to put me on.  I was told they could get me on sometime in August.  That’s too late.”

“Then the mayor told me that I wasn’t allowed to make announcements about who contributed financially or made contributions to the Band Shell project,” she said. “He said that he was going to make those announcements.”

Later that evening on July 16th, after her interview with NIT, at a city council meeting, Ms. Easley told Mayor Eric Bookmeyer that he is a “snake in the grass.”

Bookmeyer made news in 2010 when after being sworn in as mayor, he enacted strict time limits on public speaking by citizens at city council meetings, and then conducted an all-out assault on citizen communication with government by abolishing the public forum, where citizens could directly address the mayor and council on any topic they chose, during the televised portion of the meeting. After intense public pressure, Bookmeyer was forced to bring back the public forum, but citizens could only make comments on agenda items.

Ms. Easley asked that NIT announce that there will be movies played in East Park at the Band Shell beginning July 20th and continuing on July 27th, August 3rd, August 10th and August 17th.  The movies begin playing at dusk.

Janice later that evening gave Mayor Eric Bookmeyer a piece of her mind: