Steve King will not be a candidate for U.S. Senate 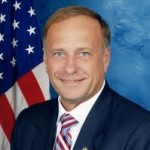 I want to thank all of my friends, family, advisors and supporters who have put so much time, thought, prayer, and effort into helping me make a decision on whether to run for the United States Senate. I sincerely thank every potential candidate, all of whom graciously gave me room to decide. Probably no one in America, considering such an opportunity, enjoys as clear a path to the nomination. It is an extraordinary opportunity that will not be repeated in millions of lifetimes.

I have said from the beginning this decision requires “the head, the gut, and the heart” to line up together. I have done due diligence and evaluated the race from a statewide, objective perspective. I have talked with hundreds of supporters…and some detractors. I sincerely thank all of you who have helped in so many ways.

My analytical part, the head, tells me the race is winnable and must be won in 2014 or a generational opportunity could be lost. I have said a race for the Senate is “a slight up hill battle”. It is, but it’s “no hill for a climber”.

The question I am answering today is, “What is my duty?” I believe my duty is to utilize the honor of serving Iowans in Congress by maximizing my effectiveness. I owe it to all Iowans and Americans to give you my best effort and best judgment.

We have in front of us in Congress a series of potent issues which will redirect the destiny of our state and nation. Among them are a farm bill, ObamaCare, debt and deficit, immigration, and tax reform. If I step away from these responsibilities while campaigning in an effort to multiply leverage in the Senate, what becomes of our nation in the mean time?

Accordingly, I will not be a candidate for the United States Senate in 2014. It is my intention to turn my efforts and energy with great vigor to the issues at hand. I anticipate being on the ballot for reelection to the U.S. House, Fourth District of Iowa. It is a challenging and rewarding job that I enjoy. My sincerest thanks to all involved.

5 Responses to Steve King will not be a candidate for U.S. Senate