Editorial: Is there any accountability at the North Iowa Corridor / EDC? 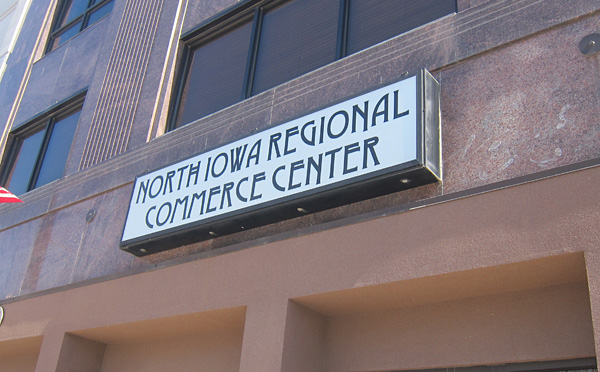 Even as our not-so-illustrious elected City Hallers finished focusing their laser-like perception on our city budget while flagrantly throwing our tax dollars at their own pet projects, they ignore the high-and-mighty playground for the rich and elite at the North Iowa Commerce Center.

Police officers, fire fighters, sanitation workers, Human Rights, our swimming pool and library – the list is a long one – have all faced the axe from Mayor Eric Bookmeyer and his City Council.  Some narrowly survived, others did not.

Yet Mason City continues to pour tens of thousands of dollars every year into the North Iowa Corridor / EDC, an outfit that takes credit for everything but can prove it has done nothing for the people of Mason City.

The EDC, run by Brent Willett, claims as its mission to bring jobs and growth to North Iowa.  Yet Mason City pays the lion’s share of the dues.  Why?  I believe one of the arguments against funding the Mason City Human Rights Agency was that Mason City taxpayers were flipping the bill to help other North Iowans.  This was one of council member Scott Tornquist‘s favorite go-to arguments for shutting down Human Rights.  Well, Scott, the same thing is happening at the EDC, but you kept your mouth shut about that.  Why?

Just exactly what Mr. Willett does at his job all day at the EDC is anyone’s guess.  He claims he is traveling around, going to trade shows, working the phones, whatever.  WHERE ARE THE JOBS, WHERE IS THE GROWTH, MR. WILLETT?

Furthermore, the more I look at the EDC, the more I think something smells over there.  Forget the fact that other area towns outside of Cerro Gordo County are landing jobs and in many cases growing in population.  I’ve come to the conclusion that the EDC is nothing more than a rich white man’s club that North Iowa taxpayers are funding with zero return on investment.

I composed an email last Friday morning and sent it to members of the EDC Board and ex-officios on the board, seeking some answers and accountability.  Perhaps you are shocked to hear that so far, I have few responses.  I’m not shocked; these people have no real answers so they are hiding under their desks hoping I will go away.  Won’t happen.

Let’s put the North Iowa Corridor / EDC under the same microscope that Human Rights and our Sanitation Department was under.

Here is the email.  Which of these people has the guts to answer these questions?

I am working on a story that will outline the impact of the North Iowa Corridor (EDC) to Mason City, Clear Lake and Cerro Gordo County.

Everyone receiving this email is not only on the board of directors (clarification: OR an ex-officio to the board), but may also factor in determining funding that the EDC receives from the taxpayers.  I have already gotten the financial figures, amounting to over $200,000 per year from North Iowa taxpayers.

I am interested in knowing the return on investment to the people of North Iowa from the EDC as well as how the EDC operates.

– Please explain the benefits of the EDC to North Iowa

– Please explain why there are no minorities on the board, and only one white woman on the board as an ex-officio

– Please explain how a person might serve on the EDC board, or how the board members are selected

I would expect each person receiving this email to find a few moments to answer all or some of these questions.  Your answers are appreciated.