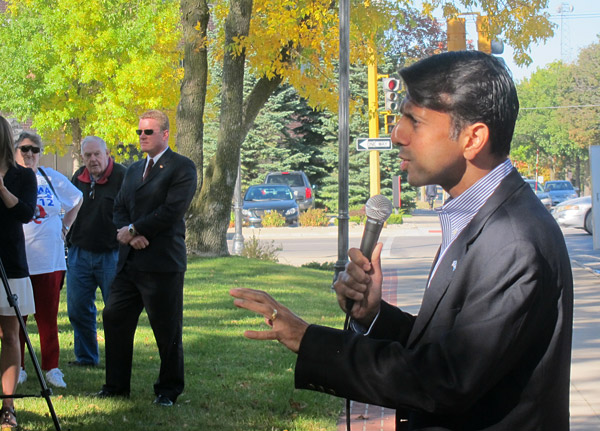 LAS VEGAS — A leading Republican governor sharply rebuked Mitt Romney for his view that President Barack Obama owed his re-election to “gifts” his administration gave to various demographic groups, saying the sentiment was not representative of what the Republican Party believes.

“We have got to stop dividing the American voters,” Jindal, the RGA’s incoming chairman, told reporters here. “If we’re going to continue to be a competitive party and win elections on the national stage, and continue to fight for our conservative principles, we need two messages to get out loudly and clearly. One, we are fighting for 100 percent of the votes. And second, our policies benefit every American who wants to pursue the American dream, period.”

Jindal, a possible presidential candidate in 2016, supported Texas Gov. Rick Perry during the 2012 GOP primaries, but campaigned on Romney’s behalf when he secured the nomination.

Jindal’s criticism of Romney’s performance in the campaign — that he failed to deliver the “real contest of ideas” with Obama that the nation deserved — was the most direct of the participants at the RGA meeting. But by no means was he alone in arguing that the party’s defeat was at least in part attributable to Romney’s performance.

A recurring theme on the first day of the gathering was that Republicans were bested on strategy and tactics, not on policy.

“An attack unanswered is an attack admitted,” Barbour said, implicitly faulting the Romney campaign for not forcefully rebutting the Obama campaign’s attacks on his business record in the spring and summer.

But he did say Republicans should learn from Democrats’ success in building a coalition of voters.

“We have historically tried to appeal to all the people and try to get more than half of them to agree with us,” he said. “I happen to think our way is a better way for governing. But we cannot at the same time be ignorant of demography.”