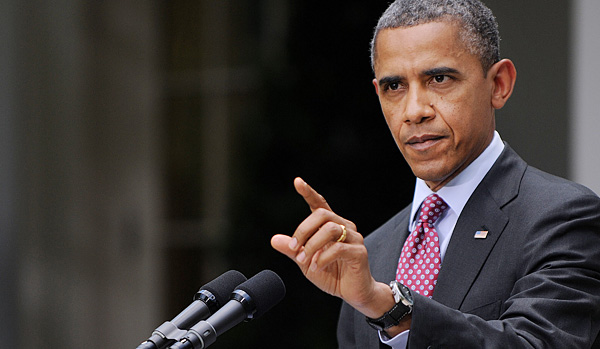 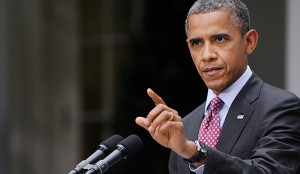 WASHINGTON — The Obama administration announced plans Friday to prevent the deportations of hundreds of thousands of undocumented immigrants who were brought to the United States illegally as children.

The policy change, embraced by Hispanics and blasted by the GOP, allows young illegal immigrants who were raised in the country to remain for two years under a deferred deportation.

(PHOTO: President Barack Obama responds after being interrupted while making remarks about the Department of Homeland Security’s recent announcement about deportation of illegal immigrants in the Rose Garden at the White House in Washington, D.C., Friday, June 15, 2012.)

The decision came in the form of a directive by the Department of Homeland Security. It bypassed Congress, where legislation with a similar intent has been stalled for more than a decade. In reality, the action likely will last only as long as President Barack Obama remains president.

“These are young people who studied in our schools,” Obama said from the Rose Garden. “They play in our neighborhoods. They’re friends with our kids. They pledge allegiance to our flag. They’re Americans in their heart, in their minds, in every single way, but one: on paper.”

The announcement comes in an election year as the president and GOP nominee Mitt Romney maneuver for the hearts and minds of the nation’s nearly 20 million Latino voters.

Just a one month after he announced his support of gay marriage, Obama looks to be shoring up a liberal base that had become frustrated with his lack of progress on its causes.

As the president spoke, dozens of young people began gathering outside the White House. They carried signs that read: “Yes, we did it!” and “You got my vote now!!”

Within an hour of the announcement, a political group supporting Obama distributed statements by Romney opposing giving illegal immigrants a path to citizenship.

Obama leads Romney 61 percent to 27 percent among Hispanics in a recent NBC News/Wall Street Journal Poll, but Latino advocates say his administration has continued to deport record numbers of illegal immigrants, many of whom were arrested for minor offenses.

In the past two weeks, undocumented students have staged protests at Obama campaign offices in Charlotte, N.C., Denver and Oakland, Calif., urging the president to take executive action and spare young illegal immigrants from deportation.

One of Obama’s toughest critics on immigration, Democratic Rep. Luis Gutierrez of Illinois, called the announcement a “reason to celebrate.”

But others remained skeptical.

Undocumented student Viridiana Martinez forced her own arrest during two protests in Atlanta and Charlotte. The 25-year-old from Sanford, N.C., said she was encouraged that protesters’ voices were being heard, but she worried the directive would not be properly implemented.

“It proves the power that we have as undocumented youth,” she said. “I think that he’s feeling the pressure. But I’m way skeptical.”

Some 800,000 undocumented immigrants are expected to be affected. According to the Department of Homeland Security, eligible immigrants include those who are not over 30, were brought to the U.S. before age 16, have been in the country for at least five years, have no criminal record and are in school or have a high school diploma or equivalent, or have an honorable discharge from the military.

Obama called the policy a “temporary stopgap” that would give Congress time to pass the DREAM Act, a bill that would put many young illegal immigrants on a path to citizenship. The bill was introduced in 2001. Until now the White House had been reluctant to bypass Congress.

“Today’s announcement will be welcome news for many of these kids desperate for an answer, but it is a short-term answer to a long-term problem,” he said. “And by once again ignoring the Constitution and going around Congress, this short-term policy will make it harder to find a balanced and responsible long-term one.”

Others Republicans were more direct.

“Americans should be outraged that President Obama is planning to usurp the constitutional authority of the United States Congress and grant amnesty by edict to 1 million illegal aliens,” said Rep. Steve King, R-Iowa.

Sen. Lindsey Graham, R-S.C., questioned the legality of the decision.

“President Obama’s attempt to go around Congress and the American people is at best unwise and possibly illegal,” Graham said via Twitter. “This type of policy proposal, regardless of motivation, will entice people to break our laws.”

Next week, Obama will address the National Association of Latino Elected and Appointed Officials in Florida. Romney is also scheduled to meet with the group next week.

—Came to the United States under age 16

— esided in the United States for a least five years

—Are currently in school, have graduated from high school, have obtained a GED, or honorably discharged veteran.

—Have no criminal record.